Jocelyn Downie describes the recent Ontario Superior Court of Justice decision in A.B. v. The Attorney General of Canada and the Attorney General for Ontario, which provides an interpretation of “reasonably foreseeable natural death” within the Canadian federal legislation on medical assistance in dying (MAiD).

On June 19, 2017, almost a year to the day after the legislation came into effect, a judge in Ontario issued the first decision to provide an interpretation of one of the most confusing and controversial elements of that legislation. 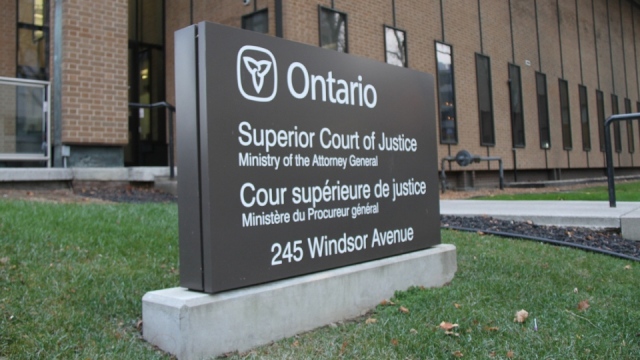 The Act to amend the Criminal Code and to make related amendments to other Acts (medical assistance in dying) establishes that individuals are only allowed access to medical assistance in dying if, among other things, “their natural death has become reasonably foreseeable, taking into account all of their medical circumstances, without a prognosis necessarily having been made as to the specific length of time that they have remaining.” (s.241.2(2)(d)) But what does it mean to say that a natural death is “reasonably foreseeable”?  Does this mean, as various government statements and documents have suggested, that the person is on “an identifiable path” to natural death or that the person’s natural death is “not too remote” or is “in the not too distant future”?  Does this mean that person is not expected to live more than 6 or 12 months?  Or, could someone who is experiencing enduring and intolerable suffering from a fatal condition that will not kill them in for many years be eligible for medical assistance in dying?  What about a non-fatal, advanced and incurable chronic condition or disability?

A woman known as A.B. went to court to get answers to some of these questions.  A.B. was a 79-year-old woman with advanced and incurable osteoarthritis. She was experiencing enduring and intolerable suffering and wanted medical assistance in dying. For her to receive this two medical or nurse practitioners had to assess her condition and confirm that she met all of the eligibility criteria set out in the Act.

Justice Perell declared that “as a matter of statutory interpretation based on the evidence before it, A.B.’s natural death has become reasonably foreseeable within the meaning of s.241.2(2)(d) of the Criminal Code.”  This removed a seemingly insurmountable barrier to medical assistance in dying for A.B.  Justice Perell also offered an analysis of the correct interpretation of s.241.2(2)(d) with broader implications. Justice Perell’s decision should contribute to the removal of the chilling effect of ambiguous Criminal Code provisions on healthcare providers and the removal of overly restrictive interpretations of the Criminal Code that have been blocking access for suffering Canadians. He stated that:

natural death need not be imminent and that what is a reasonably foreseeable death is a person-specific medical question to be made without necessarily making, but not necessarily precluding, a prognosis of the remaining lifespan… [I]n formulating an opinion, the physician need not opine about the specific length of time that the person requesting medical assistance in dying has remaining in his or her lifetime. (Emphasis added.)

Justice Perell’s decision is not binding on other courts. However, it is important to note that the federal government has decided not to appeal the decision. Thus, while we do not have the definitive word of a Supreme Court of Canada decision, we do have the beginnings of an authoritative answer to the all-important question “What is a reasonably foreseeable natural death?”

Jocelyn Downie is a Professor in the Faculties of Law and Medicine at Dalhousie University. She was a member of the Royal Society of Canada Expert Panel on End of Life Decision-making and a member of the legal team for the plaintiffs in Carter v. Canada (Attorney General).  @jgdownie

Tags: Carter v. Canada, jocelyn downie, medical assistance in dying, natural death, Ontario, physician-assisted death
Re-posting IE blogs: Impact Ethics permits non-commercial redistribution of commentaries, as long as the original commentary is passed along unchanged and in whole, with credit to the author and a link to the original Impact Ethics post. For commercial reprints, please contact the blog manager at impactEthics@mun.ca
← When Women are Surrogate Mothers: Is that work?
Human genome editing: We should all have a say →