Sophia Fantus argues that the expansion of a tax credit to LGBT individuals who use assisted reproduction helps to legitimize and include the perspectives, needs, and experiences of LGBT families.

Assisted reproduction is associated with high out-of-pocket expenditures as services often cost tens of thousands of dollars. For the past ten years in Canada, heterosexual couples diagnosed with medical infertility have been able to claim the cost of assisted reproduction as part of their medical expense tax credit. Recently, the Canadian Government approved a new federal budget that allows LGBT (lesbian, gay, bisexual and transgender) and single persons to also receive a tax credit for assisted reproduction. That tax credit is retroactive for up to ten years.

The World Health Organization defines infertility as a disease in which there is a failure to achieve a pregnancy after at least 12 months of regular unprotected sexual intercourse. Accordingly, assisted reproduction has been conceptualized as a biomedical intervention to resolve a diagnosed medical condition. The new retroactive tax credit signifies the adoption of broader definitions of infertility that include LGBT experiences. 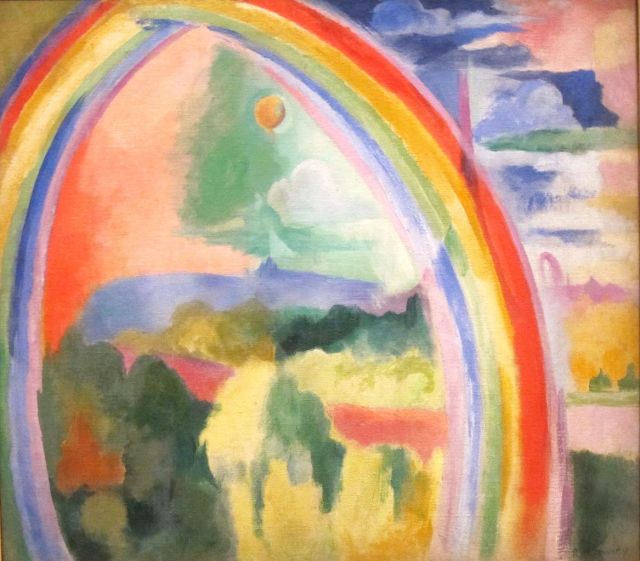 The Rainbow by Robert Delaunay, 1913

The use of assisted reproduction by LGBT families separates heterosexuality and heterosexual sex from procreation, and yields novel routes to parenthood for LGBT individuals. In contrast to the typical heterosexual experience, the use of assisted reproduction by LGBT individuals is often the primary (and desired) choice for pursuing parenthood. By including the experiences of LGBT families in the federal budget, the Government is indirectly supporting a broader understanding of infertility from a medical model to a social and structural model that recognizes  single women and men, as well as LGBT couples, who require a third-party to procreate. Social and structural infertility redirects assisted reproductive services and resources to consider the perspectives of non-heterosexual and non-cisgender individuals. Non-cisgender individuals are persons whose gender does not correspond with their birth sex.

Thus, the inclusion of LGBT individuals and couples in the federal Government’s budget plan is a clear signal that there is movement towards inclusive, non-discriminatory fertility care. This importantly reflects shifting family formations across Canada in recent years. Census data (from 2011) report that same-sex parent families have increased since 2006, the first year in which data on same-sex couples and families were attained. Currently, 9,600 children aged 24 and under are living with same-sex parents.

This new tax break is perhaps symbolic of the Canadian Government’s shift to broaden an understanding of infertility. This may encourage fertility clinics and hospitals to challenge and resist heteronormativity and cisgenderism that can act as barriers to services for LGBT persons. Previous research in Canada has indicated that LGBT individuals seeking reproductive care are confronted with sexual stigma. Practices and policies restrict the accessibility of fertility services and create feelings of exclusion, discomfort and unease. This may include limited posters and pamphlets that represent same-sex parent families, a lack of comprehensive and relevant resources for LGBT intended parents, and/or the absence of inclusive language and terminology on forms and documents.

Although this tax break may be a step in the right direction, it is important to actively consider strategies to further break down exclusionary practices and policies, and to create sites of resistance that establish inclusive, non-heterosexual approaches to reproductive care. The motivation to pursue parenthood and the meaning associated with practices of kinship, reproduction and family does not (and should not) bias against sexual and/or gender identity, in addition to marital status.

The change in the federal budget recognizes the general increased use of assisted reproduction across LGBT communities. It recognizes LGBT families and reaffirms equal opportunities to parenthood. If women experiencing medical infertility are eligible for tax breaks, individuals and couples who require a third-party to have a child due to social and structural experiences of infertility should be provided with the same financial benefits. LGBT persons should not be financially discriminated against based on their sexual and/or gender identity.

The federal Government’s decision to expand access to tax credits for fertility treatment is not simply about financial relief. It is also an important first step toward legitimizing the perspectives, needs and experiences of LGBT individuals and respectfully acknowledging the diversity of Canadian families.