Stuart Chambers comments on the incrementalism that characterizes the Liberal government’s legislation on medical assistance in dying.

It appears that former Prime Minister Stephen Harper is not the only advocate of incrementalism as an effective way to bring about societal transformation. In policy circles, incrementalism involves taking small steps towards a policy objective whilst avoiding grand, politically divisive gestures. When it comes to legislation on medical assistance in dying, Liberal Justice Minister Jody Wilson-Raybould seems to have adopted a similar political strategy.

The proposed legislation, Bill C-14, is intended to “hug” the constitution as closely as possible—and that’s all.  In this way, the government hopes to make the legislation more palatable for the general public and to move forward in stages so as to not offend the sensibilities of the more than four-in-five Canadians who already support assisted dying for the terminally ill. 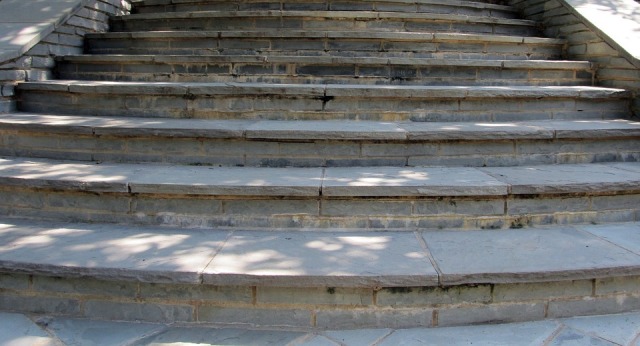 No doubt, one’s evaluation of incrementalism as an effective policy strategy will hinge on what political goals are attainable.  In this instance, euthanasia advocacy groups, such as Dying with Dignity Canada, reject incrementalism not only because of its slow operation, but also because some elements of the Liberal government’s approach to assistance in dying appear arbitrary.  Some fear that correcting these elements will invite costly constitutional challenges.  Yet, pragmatists find incrementalism a realistic and gradual way to pursue needed reforms, and this appears to be the preferred method of policy-making for the Liberal government.

The proposed law will not be as permissive as recommended by a Special Joint Committee on Physician-Assisted Dying.  Not surprisingly, only competent, grievously ill adults will be allowed to hasten their deaths.  The prospect of granting terminally ill children or mature minors the same right is too disturbing for some Liberal members of Parliament.  As well, there are those who worry that allowing medical assistance in dying for patients whose competency is questionable or non-existent – for example, those who are experiencing early signs of dementia or who have lapsed into a permanent coma – would create the impression that vulnerable populations are potentially at risk.

Yet, we already hasten the death of underage children, mature minors, and incompetent patients by the withholding or withdrawing of treatment, which results in death by dehydration or “slow euthanasia.” As such, the boundary line for medical assistance in dying between adults and children, or between competent and incompetent patients, is arbitrarily drawn. So the question begs: Why not legalize medical assistance in dying (for example, death by lethal injection), an option that would be quicker, cheaper, and easier on family members? Likewise, we already make the decision not to treat severely compromised infants and “allow them to die” using comfort care. Again, why not permit medical assistance in dying?

We can no longer rely on absolute moral distinctions attributed to active and passive measures, in which the former is considered culpable while the latter is not.  As Justice Lynn Smith noted in Carter v. Canada (Attorney General), end-of-life practices, such as palliative sedation and the withholding and withdrawal of life-saving or life-sustaining medical treatment, “can have the effect of hastening death,” and “there is a strong societal consensus that these practices are ethically acceptable.”  She also found that, generally speaking, there is “no ethical distinction between physician-assisted death and other end-of-life practices whose outcome is highly likely to be death.”

On this view, medical practitioners are causal agents in the deaths of their patients when life-saving or life-sustaining treatments are withheld or withdrawn.  Hastened deaths in these circumstances are currently part of standard medical practice, albeit through acts of omission and with the consent of the next-of-kin. This practice is not restricted on the basis of age or competency, and is not perceived as an erosion of fundamental values or a threat to vulnerable populations.  As such, on the grounds of consistency, families of patients who might otherwise be eligible for the withholding or withdrawal of life-sustaining treatment should have access to lethal injections.  The Liberals, however, wish to avoid any public backlash, so incrementalism is a political reality.

Eventually, “hard cases” involving persons below the age of 18 or older than 18 but unable to give informed consent will be brought before the Supreme Court of Canada, just not for the foreseeable future.  We are only now getting used to the idea of an intentionally hastened death for mentally competent, consenting adults.  That said, it is possible to draft less arbitrary legislation once absolute moral distinctions between passive and active measures are erased.  Only then can medical assistance in dying be addressed openly and honestly for the more contentious issues surrounding age and competency.  For the time being, progressives within the death with dignity movement will have to be satisfied with gradual victories.

Stuart Chambers is a professor in the Faculties of Arts and Social Sciences at the University of Ottawa.

Tags: Bill C-14, Carter v. Canada, end-of-life care, medical assistance in dying, physician-assisted death, Stuart Chambers
Re-posting IE blogs: Impact Ethics permits non-commercial redistribution of commentaries, as long as the original commentary is passed along unchanged and in whole, with credit to the author and a link to the original Impact Ethics post. For commercial reprints, please contact the blog manager at impactEthics@mun.ca
← Proposed Canadian legislation on medical assistance in dying
Talking Plasma and Markets with my Mother →