Jocelyn Downie explains the Supreme Court of Canada’s response to the federal government’s request for more time to develop a new law on physician-assisted death.

Nearly a year ago, on February 6, 2015, in Carter v. Canada, the Supreme Court of Canada unanimously declared that the Criminal Code prohibitions on physician-assisted death violated the Charter. These prohibitions were said to be invalid insofar as they blocked access to physician-assisted death for competent adults with “a grievous and irremediable condition (including an illness, disease or disability) that causes enduring suffering that is intolerable to the individual in the circumstances of his or her condition.”

The Supreme Court of Canada then gave the federal/provincial/territorial governments 12 months (until February 6 2016) to introduce a regulatory framework to ensure access to physician-assisted dying. During this time the Criminal Code prohibitions would remain in force. 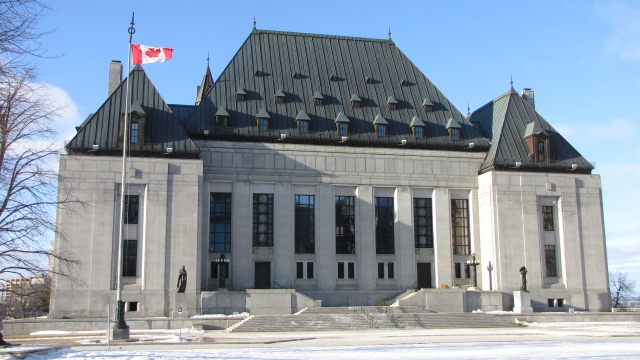 In response, the federal Conservative government did basically nothing for about five months. Then on July 17, 2015, the government appointed a three-person External Panel on Options for a Legislative Response to Carter v. Canada to advise the government on the implementation of Carter. The Panel began its work but, within weeks, the government triggered an election. As a consequence, the Panel was not allowed to consult in person in Canada until the end of the election campaign on October 19, 2015.

On January 15, 2016, the Supreme Court of Canada responded to the government’s request for an extension. The Court acknowledged that work to develop an appropriate regulatory framework had been interrupted by the election campaign and granted a four-month extension equal to the period of interruption. As a result of this most recent decision, the Criminal Code prohibitions on physician-assisted death remain in effect until June 6, 2016, with two exceptions.

First, a majority of the Court gave Quebec an exemption to the extension because Quebec had already implemented a regulatory framework for physician-assisted death (“An Act respecting end of life care”). As a result, medical aid in dying can be performed in Quebec in accordance with the Quebec legislation without violating the Criminal Code prohibitions on physician-assisted death.

Second, a majority of the Court also said “those who wish to seek assistance from a physician in accordance with the criteria set out in para. 127 of our reasons in Carter, may apply to the superior court of their jurisdiction for relief during the extended period of suspension.” They did this because they did not see “any need to unfairly prolong the suffering of those who meet the clear criteria we set out in Carter” and they were concerned about fairness and equality between individuals in Quebec and elsewhere in Canada. As a result, Canadians who do not reside in Quebec can apply to a provincial or territorial superior court to get authorization for physician-assisted death. A physician who acts in accordance with such an authorization will not risk criminal charges.

So here is the bottom line post-Carter 2016.

First, at present, individuals who live in Quebec and meet the criteria for “medical aid in dying” under the Quebec legislation can access euthanasia through that legislation. They must “(1) be an insured person within the meaning of the Health Insurance Act; (2) be of full age and capable of giving consent to care; (3) be at the end of life; (4) suffer from a serious and incurable illness; (5) be in an advanced state of irreversible decline in capability; and (6) experience constant and unbearable physical or psychological suffering which cannot be relieved in a manner the patient deems tolerable” (s.26). Physicians who provide assistance must follow the rules of that legislation.

Third, after June 6 2016, federal/provincial/territorial governments and regulatory colleges for health professionals should have designed and implemented a regulatory framework for physician-assisted death. Precisely what that will look like, remains to be seen.

Jocelyn Downie is a Professor in the Faculties of Law and Medicine at Dalhousie University. She was a member of the Royal Society of Canada Expert Panel on End of Life Decision-making and a member of the legal team for the plaintiffs in Carter v. Canada (Attorney General) @jgdownie

Tags: assisted suicide, Carter v. Canada, euthanasia, jocelyn downie, physician-assisted death, Supreme Court of Canada
Re-posting IE blogs: Impact Ethics permits non-commercial redistribution of commentaries, as long as the original commentary is passed along unchanged and in whole, with credit to the author and a link to the original Impact Ethics post. For commercial reprints, please contact the blog manager at impactEthics@mun.ca

← Wrinkles and the Paradox of Aging
Disentangling Alzheimer’s, Dementia, and Aging →