After Plasma: Are Blood Stem Cells Next?

Jason Behrmann and Vardit Ravitsky argue that payment for plasma could lead to the commodification of bone-marrow stem cells in a way that could compromise certain values underlying Canadian healthcare.

Donated human materials, such as organs, stem cells, blood and gametes, have tremendous potential to improve and save lives; unfortunately, these benefits are limited by their scarcity. An aging population will further increase the demand for these materials, highlighting the necessity to implement novel strategies to encourage donation. Increasing scarcity also means that Canadian society must now address tough questions regarding the long-upheld value of altruistic donation for human materials.

Recent attempts by a Canadian company to pay people for their plasma seemingly thwart this value (for discussion on this, see here, here, and here). From a corporate point of view, such explicit financial incentives might be a viable strategy to secure an adequate supply of plasma ‘donors’ for the production of essential blood products. At a time when regulations for monetary incentives for donation are hotly debated and with a chain of private-for-profit plasma collection facilities still battling with government regulators on the legality of their business model, health officials should question whether additional human materials might soon be procured for purchase. 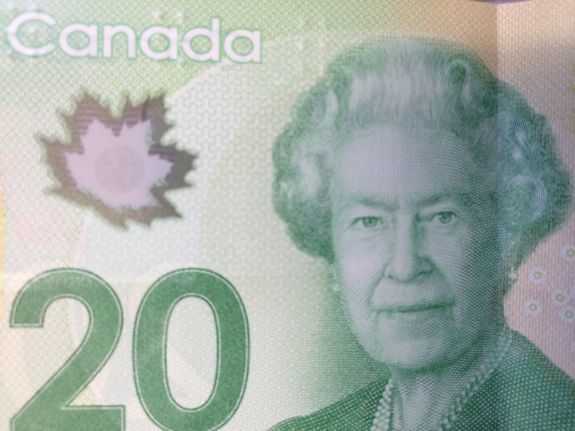 However, the ‘blood-for-pay’ model runs counter to Canada’s long tradition of an altruistic ‘gift relationship’ between donors and blood-collection agencies for whole blood, as well as legislation that forbids payment for organs or assisted reproduction services (sperm/egg donation and surrogacy). Some question whether payment for plasma in Canada has marked an unwanted precedence in commodifying the human body and whether it “nibbl[es] away” at altruistic donation. Are these concerns warranted? Should we allow other human materials to transition towards monetary incentives to increase needed supply?

Bone marrow-derived stem cells—necessary for life saving treatment for a variety of immune and blood disorders—are arguably an ideal contender for such a transition. Invasive extraction methods of aspirating bone marrow from the pelvic bone now have lower risk and less invasive alternatives, such as aphaeresis techniques that are similar to blood-plasma extraction procedures. These stem cells are exceedingly scarce and finding an immuno-competent match between donor and recipient within our ethnically diverse population is challenging.

This challenge can be addressed by increasing stem cell donation by the greatest number of ethnically diverse donors. If we as a society agree to pay the public for the provision of plasma, one could argue that we should also employ similar incentives for stem cells that are obtained via similar methods but are even scarcer. This argument recently surfaced south of the border. In 2011, a legal proceeding in the United States concluded that the similarities between plasma and stem cell donation signify that monetary incentives for stem cell procurement should have the same legal status as the payment for plasma. So why should we not pay people, especially members of particular ethnic communities, for their stem cells, for the benefit of patient populations in need?

For one, financial incentives for the procurement of human materials raise both ethical and safety concerns. Most blood-collection agencies in the developed world voluntarily abandoned payment for whole blood, due to the perceived increased risk of paid donors lying about their medical history and providing contaminated blood for money. However, payment for plasma for the production of blood-derived pharmaceuticals remains commonplace despite continued concerns regarding transfusion-transmitted infections. Other equally important ethical concerns relate to the possible erosion of altruistic virtues that uphold social cohesion, the dissuasion of altruistic donors, and the potential exploitation of impoverished populations both locally and abroad. Payment-for-plasma may also tarnish Canada’s international reputation: this precedent runs counter to efforts by the World Health Organisation to eliminate payment for blood throughout the globe by 2020.

Canada’s regulatory system seems to be going through an identity crisis: on the one hand, it adamantly opposes payment for human materials; on the other hand, it accepts such practices when done across the border. For example, payment for sperm and egg donation is illegal, but the importation and use of gametes that were purchased abroad is permitted. This disjunction alone suggests the need for debate. If Canadians truly wish to uphold altruism as the ideal for the donation of blood products and other human materials, regulators must seek strategies other than financial incentives to increase donations.

One option would be to limit financial transactions to compensation for donors’ time and efforts (e.g., lost wages and travel expenses, as is the situation currently for surrogacy). Another recently proposed strategy recommends coupling altruistic donations with an additional gift of state-sponsored charitable donations, thus placing donors ‘one-step-removed’ from monetary transactions. These examples indicate that strategies other than explicit financial incentives exist and are reasonable alternatives, several of which are already in place in Canada (e.g., compensation, not payment, for surrogacy).

We argue that regulators must consider these and other ethically sound strategies before financial transactions. Allowing ‘blood for pay’ to gradually gain precedence will override a long embraced and admirable ‘gift relationship’ between altruistically motivated donors and patients in need of life-saving blood products. This would mark a sad transition for our healthcare system.

Jason Behrmann is a Postdoctoral Fellow at McGill University
@JBehrmannPhD

Tags: #thebodyeconomy, blood stem cells, Jason Behrmann, payment for plasma, Vardit Ravitsky
Re-posting IE blogs: Impact Ethics permits non-commercial redistribution of commentaries, as long as the original commentary is passed along unchanged and in whole, with credit to the author and a link to the original Impact Ethics post. For commercial reprints, please contact the blog manager at impactEthics@mun.ca

← Is Medicinal Marijuana Bad Medicine?
Evidence and the Marketing of the HPV Vaccine →