The (Unknown) Costs of Private-for-Profit IVF

December 21, 2013 · by impact ethics · in Assisted Reproduction · Leave a comment

Alana Cattapan questions the balance between clinic profits and costs to patients in the Canadian infertility business.

On December 10, 2013, the Montreal Gazette published a story describing an ongoing dispute between Dr. Seang Lin Tan and his former employer, the McGill University Health Centre, over who has rightful claim to the profits of McGill’s reproductive health center, of which Tan is the founder. Though the story focuses on the ins and outs of the case, what is most striking are details about the amount of money involved, including Dr. Tan’s salary. Dr. Tan was paid $1.7 million by McGill in 2005, and he claims that he is owed $14 million of the clinic’s profits, drawing attention to “staggering sums” exchanged in the business of infertility.

The costs of fertility treatments in Canada are high. Though patients are charged less for treatments like assisted insemination, higher-tech treatments like in vitro fertilization (IVF) can easily cost upwards of $10,000 a cycle, depending on the prescribed protocol and medications. Moreover, the costs of fertility treatments vary widely from clinic to clinic, even when those clinics are located blocks apart (and in some cases in downtown Toronto, floors apart). Keeping track of administrative fees and the costs for medications, consultations, and treatment—not to mention paying for them— is a Sisyphean task. 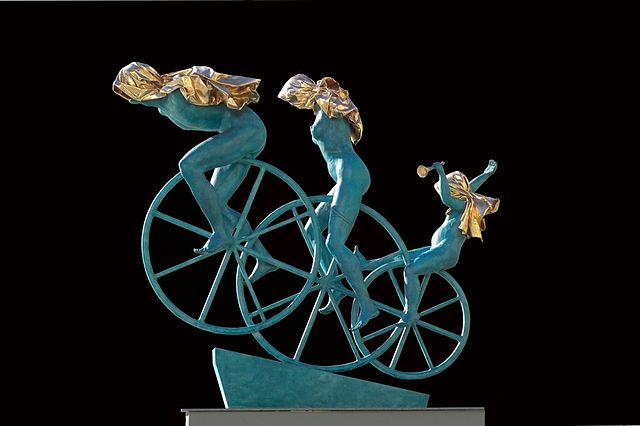 It is in the context of these high costs, and a rising demand for fertility services, that the private-for-profit model has come under scrutiny in Canada. Advocacy groups like Conceivable Dreams and IVF4BC have mobilized around the demand that provincial health insurance schemes should pay for fertility services, in part because of prices that make assisted reproduction unattainable for many. Often, this advocacy is couched in the language of cost-savings, where public funding could come with strings attached. For example, in an effort to reduce costs to the health care system resulting from premature and multiple births associated with IVF, physicians could be required to transfer a single embryo into a woman’s uterus.  In Quebec, this sort of mobilization was integral to establishing public funding for fertility treatments in 2010, increasing access to IVF, and reducing multiple embryo transfers. Recent reports, however, suggest that any cost-savings from single-embryo transfer may be offset by the “skyrocketing” costs of the program.

The issue of who pays for fertility services is an important one. Arguments in favour of a publicly-funded system rightly point out that the private-for-profit model is inequitable, and creates a two-tiered system in assisted reproduction. Yet, bioethicists, epidemiologists, and women’s health advocates challenge the legitimacy of providing public health care funds to reproductive technologies in the context of a health care system where each dollar, each doctor, and each hospital bed, is already overcommitted. Perhaps though, instead of asking who should pay for IVF, we should be asking why so much is being paid.

Don’t get me wrong. I well understand that between the laboratory testing, surgery, counselling, and follow-up care, a lot of time, labour, and infrastructure supports each IVF cycle. At the same time, however, there are lower cost options like natural cycle IVF (where one egg is retrieved) and simplified, low-cost IVF (reported to cost $250 US) which suggest that building one’s family using assisted reproductive technologies need not be so costly. And even where expensive high-tech IVF is used, without information about the profit margins of fertility clinics in Canada it is difficult to know what a fair price should be. The problem with respect to costs is that the largely unregulated infertility industry has been responsible for setting the prices, and there has been little transparency about the real expense of various treatments. We know a lot about what people are charged, and too little about the net costs of the technologies.

The 2006 CIHI annual report on birthing costs estimated the cost of an IVF procedure at $5000. A 2006 Ontario government report, citing the CIHI report and other sources of information, suggested that without markup, IVF could cost as little as $2500 per cycle (without medications). In Quebec, when public funding began in 2010, private clinics that provided publicly-funded services were paid $7100 per cycle. Following an audit of the cost of services, the price to taxpayers has (since 2012) dropped to $4600 (here and here). The reason for the $2500 difference is not publicly available. Possible reasons for the change in price include the negotiation of bulk pricing, changes to accounting mechanisms, or a slimmer profit margin.  While the net cost of IVF may be unclear, available information suggests that the profit margins of IVF are considerable.

Alana Cattapan is a PhD Candidate in Political Science at York University and a researcher at Novel Tech Ethics at Dalhousie University. @arcattapan

Tags: assisted human reproduction, IVF, publicly-funded IVF
Re-posting IE blogs: Impact Ethics permits non-commercial redistribution of commentaries, as long as the original commentary is passed along unchanged and in whole, with credit to the author and a link to the original Impact Ethics post. For commercial reprints, please contact the blog manager at impactEthics@mun.ca