The Ethics of Spending Millions on High-Tech Pregnancies: ‘Made in Quebec’

June 20, 2013 was the deadline for public submissions to Quebec’s Health and Welfare Commissioner, on the province’s publicly-funded in vitro fertilization (IVF) program.

Quebec currently funds open access to IVF for those who experience infertility or have a heritable genetic condition. Since August of 2010, women or couples who live in Quebec can have up to three stimulated, or six un-stimulated IVF cycles paid for by the public health care system. This public subsidy is not available to Canadians in other provinces, unless they (or their partner) are federal employees. 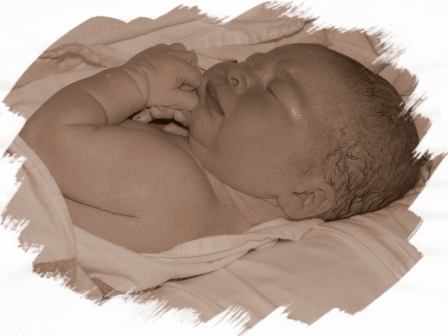 Repeatedly, Quebecers have been told that this is good public policy because it increases access to fertility treatment for those with limited financial resources. They have also been told  that spending money on IVF will result in net savings to the provincial health care system because there will be a reduction in the number of twins, triplets and higher order multiples born prematurely. When women are pregnant with multiple babies they often give birth prematurely.  Babies who are born premature (less than 28 weeks gestation) typically require admission to the neonatal intensive care unit. The average in-hospital cost for a premature baby is $85,000. In picking up the tab for IVF, the Quebec government has limited the number of embryos that can be transferred per cycle, and clinics are actively encouraged to promote single embryo transfer.

I have argued previously (here and here) that Quebec should not be investing millions in IVF, notwithstanding the pleas of those who benefit from public funding of IVF. And, most recently, along with my colleague Ryan Tonkens, these views have been shared with the Quebec Health and Welfare Commissioner, as part of the public consultation on government-subsidized IVF.

Our submission to the commissioner suggests that by selectively funding IVF, the Quebec government evidences a preference for IVF over adoption – when both are legitimate family-making options. In our view, a policy that promotes high-tech family-making (IVF) over low-tech family-making (adoption) when both are equally expensive (IVF is approximately $15,000 per cycle and domestic adoption ranges from $10,000 to $20,000) is unjustified and arguably discriminates against those who do or would choose adoption over IVF.

Next, we argue that while it is important to promote single embryo transfer among those who use IVF (and thereby to reduce the multiple birth rate and promote the health of pregnant women and newborns), this laudable goal in no way depends on public funding. Physicians should practice good medicine, which includes minimizing the risk of multiple births by reducing the number of embryos transferred per cycle, regardless of who pays. In other words, the obligation to practice good medicine doesn’t only apply to publicly-funded medical practices.

Our conclusion is that while infertility can be very distressing, it is important to look at the issue of public funding for IVF, from a broad public policy perspective.

This year, the McGill University Health Centre must cut $50 million from its budget (which includes cutting 60 jobs) to meet a government imposed deadline to balance its books by 2015. The government directive is that these cuts be made without reducing services to the population. As well, recent government funded research confirms that 21 % of Quebecers are without a family physician, and among recent immigrants this number climbs to 46%.  Some of these citizens are pregnant women who will not be seen by a health care provider till perhaps as late as their second trimester. When hospital funding in Quebec is being cut, when many Quebecers don’t have a family doctor, and when many pregnant Quebecers don’t have access to early prenatal care, what ethical justification is there for spending millions (approximately 68 million for this past fiscal year) on high-tech pregnancies ‘made in Quebec’?

A copy of our submission to the Québec commissioner is available here.

Françoise Baylis is a Professor and Canada Research Chair in Bioethics and Philosophy at Dalhousie University, Halifax, Canada

Tags: adoption, assisted human reproduction, in vitro fertilization, IVF, Quebec health policy
Re-posting IE blogs: Impact Ethics permits non-commercial redistribution of commentaries, as long as the original commentary is passed along unchanged and in whole, with credit to the author and a link to the original Impact Ethics post. For commercial reprints, please contact the blog manager at impactEthics@mun.ca

← Kudos to Quebec: A Comprehensive, Consistent, and Coherent Approach to End-of-Life Care
SUPPORT and the Question of What It Means to Do Bioethics →