MAiD and the Oral Protocol: Time for a Closer Look

Daryl Pullman compares the number of deaths due to MAiD in Canada in 2020 to the dramatically lower number that occurred in California under its end-of-life option. He argues for wider use of the oral protocol in Canada.

According to Health Canada’s Second Annual Report on Medical Assistance in Dying, 7595 people died through medical assistance in dying (MAiD) in 2020. Only seven of those deaths involved the oral protocol. The oral protocol refers to the process by which a patient deemed eligible for MAiD receives a prescription for a lethal dose of medication from a physician or nurse practitioner. The patient then self-administers the drugs if and when he or she decides to proceed with ending his or her life. All jurisdictions in Canada except Quebec permit the oral protocol as an alternative to the administration of drugs through an IV by a physician or nurse practitioner. Given the increasing numbers of deaths through MAiD occurring in Canada, it is time to question why so few patients choose the oral protocol, and to consider whether its use should be promoted as an alternative. Indeed, given recent changes to the legislation that liberalize access to MAiD, and which will soon include those suffering solely from a mental illness, access to MAiD for some individuals should perhaps be limited to the oral protocol. 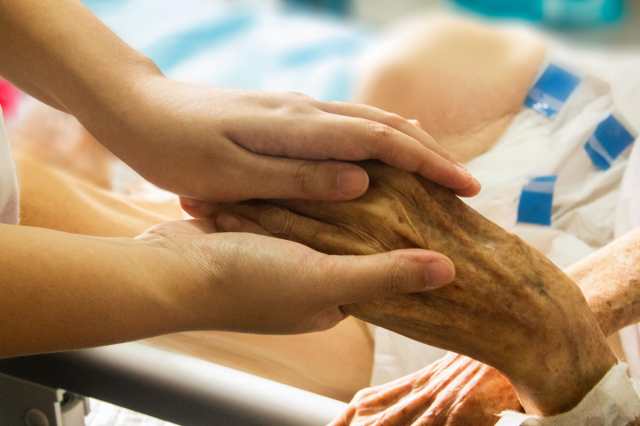 The rationale for this proposal is drawn from the numbers of MAiD reported deaths in Canada as compared to physician-assisted deaths reported in California. California introduced the End-of-Life Option Act in June of 2016, the same month and year that Bill-C14 became law in Canada. The population of California (38 million) is slightly larger than that of Canada (36 million), so the two jurisdictions provide a natural comparison. The differences in numbers are disturbing.

In 2020, 401 people in California died by ingesting drugs prescribed under the end-of-life option. In the same year, Canada had 19 times as many MAiD initiated deaths. In California, between 30% and 40% of those who meet the criteria for the end-of-life option either never filled the prescription or did not choose to use it. By comparison, in Canada only 2.5% of those deemed eligible for MAiD subsequently decided against completing the act.

There are doubtless numerous factors contributing to dramatically more assisted deaths in Canada as compared to California. Perhaps the criteria for access are too restrictive in California, or maybe Canada’s criteria are too liberal. Maybe Californians have access to better palliative and end-of-life care, or to better social support networks than do the majority of Canadians. Perhaps some Canadian health care providers are just too quick to accede to a request for MAiD; the fact they are then available to facilitate the process could influence some patients’ decisions to follow through. Such reasoning is of course speculative, but when the numbers are so stark and the stakes so high, we should be studying the contributing factors.

One clear difference between assisted death in California as compared to Canada involves the oral protocol. Like all US jurisdictions that permit medically assisted death, California allows only the oral protocol. Unlike Canada, physicians (or nurse practitioners) are not allowed to be the direct cause of their patient’s deaths through administering a lethal dose of medication. Keeping health care professionals arms-length from administering the lethal medication appears to have some effect on whether an individual who is considering an assisted death then decides to follow through with the act.

We are told that expanding access to MAiD is a matter of respecting patient autonomy. Indeed, this is the central argument that animates Canada’s Carter decision (2015) and which continues to motivate those who advocate for greater access. But given the significant number of patients in California who meet the criteria for an assisted death, who receive the lethal prescription, but then never follow through, for some simply knowing they have the option seems sufficient. The decision not to follow through with ending one’s life is also a matter of autonomous choice. But it is a choice that seems all too rare in the Canadian context, and we should worry that some who initiate the MAiD process might then feel compelled to follow through.

As we move steadily toward medicalizing suicide in Canada it may be time to consider whether some whose condition is not terminal should be offered only the oral protocol.

Daryl Pullman is Professor of Bioethics in the Faculty of Medicine and Director of the Centre for Bioethics at Memorial University.

Tags: California, Daryl Pullman, End-of-life, MAiD, medical assistance in dying, natural death, physician-assisted death
Re-posting IE blogs: Impact Ethics permits non-commercial redistribution of commentaries, as long as the original commentary is passed along unchanged and in whole, with credit to the author and a link to the original Impact Ethics post. For commercial reprints, please contact the blog manager at impactEthics@mun.ca
← Polygenic Risk Scores to Select Embryos: A Need for Societal Debate
Bioethics and Environmental Injustice →