Françoise Baylis shares a brief excerpt from her book Altered Inheritance: CRISPR and the Ethics of Human Genome Editing.

Some people have the misfortune to inherit a fatal genetic disease for which there is no cure. Some scientists imagine a not too distant future in which human genome editing could make a dramatic difference in the lives of these patients.  Below is an excerpt from my book Altered Inheritance: CRISPR and the Ethics of Human Genome Editing that focuses on Huntington’s disease. My assumption is that most readers would champion efforts to help patients afflicted with this disease.

Inside the O’Briens is a work of fiction by Lisa Genova that chronicles several years in the life of Joe O’Brien and his family. At the age of forty-four, Joe, a Boston police officer, is diagnosed with Huntington’s disease, a progressive brain disorder. Symptoms of Huntington’s disease usually appear in a person’s thirties or forties and initially include involuntary jerking and twitching movements, as well as subtle emotional difficulties and disorganized thinking. As the disease progresses, problems develop with motor skills like walking, coordination, and balance; the involuntary jerking and twitching become more pronounced; and cognitive abilities and emotions become further impaired. While there are medications to help alleviate these symptoms, there is no cure. Most people with Huntington’s disease die of this illness fifteen to twenty years after the onset of symptoms. 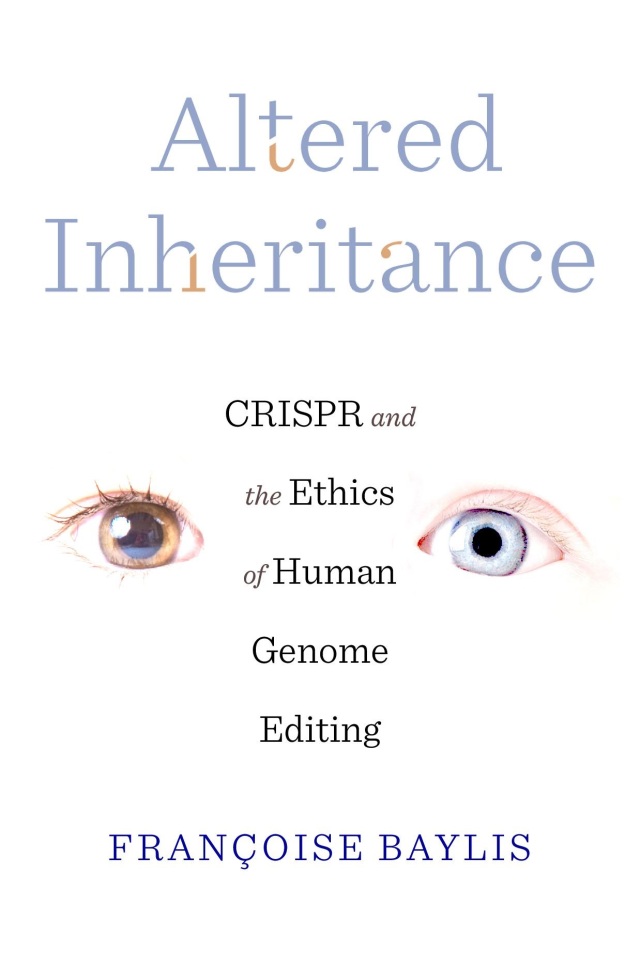 The diagnosis of Huntington’s disease is only the beginning of Joe’s nightmare. At the same time that Joe learns he has this fatal disorder, he is made to understand that each of his four adult children— JJ, Patrick, Meghan, and Katie—has a 50 percent chance of having inherited the disease from him…

Later in the story, Joe’s son JJ, who has since tested gene positive for Huntington’s disease (meaning that he will develop the disease and may pass it on to his children) shares a poignant moment with his father. Choked with emotion following the birth of his firstborn son, he tells his dad, “I’d lie down in traffic for him right now.”

JJ is not the only one of Joe’s children who is gene positive. Joe’s daughter Meghan has been tested and learned that she too will eventually get Huntington’s disease and experience serious physical, psychiatric, and cognitive challenges, as well as an early death. Joe’s wife, Rosie, breaks down in tears: “I think about their funeral services, their beautiful faces and their bodies in caskets, buried in the ground, and I don’t want to spend one minute on this earth knowing two of my children are buried beneath it.”

Imagine, just for a moment, that you are the parent of a child with a diagnosis of a fatal disease. What would you do to save your child’s life? When a child has a fatal illness, it is common for distraught parents to say they would offer up their lives in exchange for their child’s life. Knowing this kind of bartering is only wishful thinking, however, they may also pray for a miracle. Joe’s prayers start with this plea:

God, please help the scientists find a cure for HD [Huntington’s disease] so my children don’t lose their lives to this.

God, please let JJ and Meghan be cured, and let me live long enough to know they’ll be okay. Or, if there can’t be a cure yet, let them not become symptomatic until they’re much older.

While some parents pray, other parents dream… For Jane Mervar, the wife and mother of patients diagnosed with Huntington’s disease, that dream has a name: CRISPR. Unlike Joe O’Brien, Jane Mervar is not a fictional character.

CRISPR stands for clustered regularly interspaced short palindromic repeats.  It is a genome editing technology that can be used to add, delete, or modify DNA. The hope is that scientists can use this technology to edit human somatic cells (body cells) to eliminate or correct disease-causing mutations in patients.  But some think we should go further.  They think it would be prudent to also make changes to patients’ reproductive cells to ensure that their children (and their children’s children) do not inherit the disease. Altered Inheritance is about this next step.

Excerpted from ALTERED INHERITANCE: CRISPR AND THE ETHICS OF HUMAN GENOME EDITING by Françoise Baylis, published by Harvard University Press.

Copyright © 2019 by the President and Fellows of Harvard College. Used by permission. All rights reserved.