Kiarash Aramesh describes how biopolitics and pseudoscience in medicine are in a partnership to forge identity-making alternative facts.

Seven years ago, my family and I moved to the United States. Like most Persian immigrants, we landed in Los Angeles, California. The day after we arrived in Los Angeles, I had a bad cold. I went to the supermarket and browsed the colorful aisles of medications. Finally, I found a good-looking cold medication.

The next day, I felt better. I told Mitra, my wife, “see how good American medicines are. I used this medication yesterday, and now I feel better.” She took a deeper look at the label of the medication. Her eyebrows raised, “since when do you use homeopathic medications?”

Oh my! The good-looking medicine was homeopathic snake oil! On its beautiful box, just beneath the large font claiming its effectiveness on cold symptoms, a tiny font held that the medication was a homeopathic remedy.

So, my recovery was not a miracle of American medicine; it was just a placebo effect.

I learned, shortly afterward, that homeopathic medications enjoy an exemption from U.S. Food and Drug Administration oversight. The exemption was the result of efforts by a U.S. Senator, Royal Copeland. He was a homeopathic physician before becoming a Senator.

Manufacturers of homeopathic medications can produce and market their drugs. Consumers of these products rely on the claims on the labels and often hold the false belief that these medications are federally regulated and controlled. 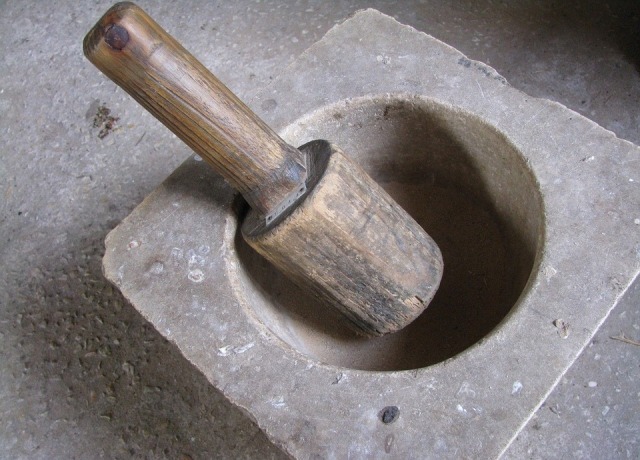 The exemption of homeopathic medicines is in direct contrast with the mission of the Food and Drug Administration. Moreover, this exemption is an example of the effects of biopolitics: when the ideas, interests, or identities of political figures or powers affect biomedical matters. In many cases, like this one, biopolitics promotes pseudoscience. There are other examples.

In July 1971, James Reston, an American reporter, was admitted to a hospital in China. It was at the time of the Cultural Revolution. After surgery to treat his appendicitis, Reston received acupuncture treatment to help him to get rid of accumulated gas in his stomach. He later published the story in The New York Times, and it created great publicity for traditional Chinese medicine. Self-reliance and non-Westernization were core concepts in the Cultural Revolution. These ideas were used to support and promote traditional Chinese medicine beyond the evidence-based justification for it.

A similar story happened decades later in Iran, from which we migrated to the U.S. The concept of self-reliance was adopted by some theorists and politicians after the Islamic Revolution, and some (not all) have interpreted the concept as requiring the replacement of Western medicine with an Islamic or traditional Iranian medicine. This is another example of the promotion of pseudoscience using political power.

Similar to their political supporters, these branches of biomedical medicine aspire to have their own separate identities. They want to be distinguished from mainstream (or as some of them call it, “Western”) medicine.

The problem of pseudoscience, however, arises when the biopolitics-inspired advocates of a so-called “alternative” medicine try to create a comprehensive and alternative account of medicine. For this purpose, they need to forge a separate-from-modern-medicine identity for it. Therefore, they appeal to a metaphysics that sinks them into the waters of pseudoscience. The “like cures like” principle in homeopathy is an example, as is the four-temperaments or four-humors theory in traditional Iranian medicine, or the theory of energy meridians in traditional Chinese medicine. By adopting these ideas as sacred and non-negotiable facts, they develop a separate identity from evidence-based medicine (what their biopolitical supporters pursue and admire) and close the doors of scientific medicine to themselves. Pseudoscience and the attraction of biopolitics start with forging alternative facts to create a new identity.

Part of the mission of global health governance in the predictable future will be fighting the factories of alternative-facts in medicine and safeguarding the principles of scientific validity and social value both in clinical practice and clinical research.

Kiarash Aramesh is Director of The James F. Drane Bioethics Institute and Assistant Professor in the Department of Biology and Health Sciences, College of Science and Health Professions, Edinboro University.

Tags: Alternative Medicine, Biopolitics, Kiarash Aramesh
Re-posting IE blogs: Impact Ethics permits non-commercial redistribution of commentaries, as long as the original commentary is passed along unchanged and in whole, with credit to the author and a link to the original Impact Ethics post. For commercial reprints, please contact the blog manager at impactEthics@mun.ca