CAR-T cells: A drive to the future of cancer treatment

Conrad Fernandez describes the ethical challenges related to the use of CAR T-cell therapy for cancer patients.

I am a pediatric oncologist and over the years have looked after hundreds of children with cancer – ranging in age from newborns into their early 20s. About a third of these children have suffered from leukemia. During my career of more than 25 years, I have seen my share of sadness and joy. Roughly one in five of these children have died – most often because of resistance intrinsic to their cancer but sometimes as a consequence of the toxicity of cancer therapy. These toxicities may occur acutely during the treatment (such as severe infections) or more insidiously appear years or decades later. A novel treatment approach that would overcome this resistance while avoiding chemotherapy toxicity would be most welcome.

A few years ago, I sat in a plenary session of the American Society of Hematology annual meeting (the preeminent hematology meeting in the world) where early phase CAR T-cell therapy was discussed. CAR (chimeric antigen receptor) T-cells are genetically reprogrammed immune cells that normally have the job of fighting infection or other foreign intruders into our bodies. CAR T-cells are manufactured to target a subtype of leukemia that is called B-cell leukemia – a type especially common in childhood. I thought to myself to take special note of what I was hearing, as this marked the potential for a paradigm shift in how we approached treatment of leukemia and perhaps other cancers. It is for these relapsed and refractory B-cell leukemia patients that the FDA’s Oncologic Drugs Advisory Committee (ODAC) has just recommended approval of CAR T-cell therapy – the first recommendation for approval of its kind. 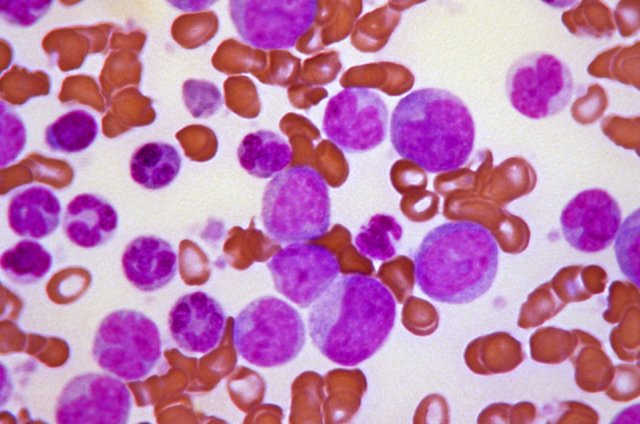 CAR T-cells are distinct from conventional chemotherapy and even other small molecules or biological agents that last only short lengths of time and have many potential long-lasting side effects. The enormous advantage of using CAR-T cells is that these cells are immortal. Theoretically, this provides on-going and specific surveillance for the emergence of the leukemia cells that they have been designed to detect and destroy. Academia and pharmaceutical companies have now developed CAR T-cells to ever more sophisticated levels to enhance their activity while leaving some control to allow for dampening of adverse events, should they occur. These genetically modified cells will replicate indefinitely, but as somatic cells, they are not expected to be passed from generation to generation. So whilst an example of “gene therapy,” CAR T-cells are thought to avoid many problems inherent to other gene therapies.

So what concerns may be raised by this therapy, if any? To my mind there are two main ethical challenges. First is over-promising the benefits of a new therapy.  The CAR T-cell technology is still in its infancy. Though more than 30 years have elapsed from the ground-breaking bench work of Zelig Eshar at the Weizman Institute in Israel to this recent announcement, the number of patients who have been treated remains relatively small and the follow up period is short. We need to be careful in describing the potential benefits and risks in a balanced manner to our patients and their guardians who are inevitably in a desperate situation of life and death. We know that even CAR T-cells are not wholly effective in preventing relapse. Detailed discussion of the lack of information about long-term late effects is also certainly necessary.

Second is a justice issue. These types of new CAR therapies are enormously expensive. Vulnerable families may “mortgage the future” for the promise of a cure that is imperfect. Many just won’t have the ability to finance this therapy. Health care system planners must consider the opportunity costs that arise in adopting CAR T-cells beyond their current indications. Very likely some but not all of the costs of CAR T cells will be offset by preventing relapse or avoiding futile conventional therapies. In this world of competing health priorities, what will be given up to adopt this therapy? How do we ensure accessibility for the proven indications irrespective of financial means?

Already scientists and clinicians are discussing the adoption of this therapy beyond the narrow scope for which it has been approved. This is a highly laudable conversation but further clinical application must be undertaken with scientific rigor in the context of clinical trials. I believe there is no question that CAR T-cells approval opens a frontier that holds enormous promise – not just for leukemia but for other cancers. It may cure the incurable, avoid the late effects of conventional chemotherapy, radiotherapy and/or bone marrow transplant and give hope to many – patients, their families and clinicians, alike. But we must also continue to carefully and methodically study the limitation and costs of these treatments both in the short and long term.  The FDA’s comprehensive monitoring requirements and mandated 15- year follow up registry are an excellent start.

Tags: Cancer, CAR T-cells, children, Conrad Fernandez, gene therapy, leukemia
Re-posting IE blogs: Impact Ethics permits non-commercial redistribution of commentaries, as long as the original commentary is passed along unchanged and in whole, with credit to the author and a link to the original Impact Ethics post. For commercial reprints, please contact the blog manager at impactEthics@mun.ca
← A Reflection on Blood Donation Policy in Canada
An Animal Bioethicist in Seattle →