Steve Morgan gives us four reasons to support universal pharmacare and then invites us to sign the Parliamentary Petition e-959 (Health care services).

Ontario has just announced that it will offer a publicly funded pharmacare program for children and youth in the province. This is a small step in the right direction, one that is arguably most important for its symbolism in a national debate.

Why just a small step? Because Ontario is adding universal, comprehensive pharmacare coverage to the age group that least uses medicines. Many working-age Ontarians, who are far more likely to require medicines than children, will not be insured.

Why symbolic? Ontario’s new pharmacare program is evidence of at least one government taking responsibility for this component of health care, integrating it with medical and hospital care.

Several national commissions on Canada’s health care system have recommended adding prescription drugs to our publicly funded universal medicare system. To date, however, no federal government has acted on those recommendations.

By creating ‘pharmacare-junior,’ Premier Wynne and Minister Hoskins are, in essence, calling on the federal government to help finish the job by creating a pharmacare program for all Canadians of all ages.

Here are four reasons why Canada needs a universal, public pharmacare program – and what Canadians can do to make it happen. 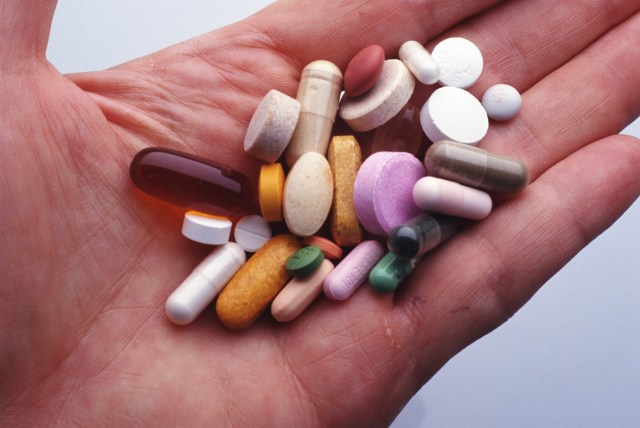 The most important reason for universal pharmacare in Canada is that access to essential medicines is a human right according to the World Health Organization (WHO). The WHO recommends that countries protect that right in law and with pharmaceutical policies that work in conjunction with their broader systems of universal health coverage. Consistent with this, every other high-income country with a universal health care system provides universal coverage of prescription drugs. It is time Canada did the same.

A second important reason for universal pharmacare in Canada is to save lives. The current patchwork of private and public drug plans leaves millions of Canadians without coverage. As a result, Canadians are three to five times more likely to skip prescriptions because of cost than are residents of comparable countries with universal pharmacare programs. A 2012 study estimated that inequities in drug coverage for working-age Ontarians with diabetes were associated with 5,000 deaths between 2002 and 2008. Nationally, this human toll would be far greater.

Third, not only would universal pharmacare save lives, but it would also save billions of dollars every year. Canadians spend 50 percent more per capita on pharmaceuticals than residents of the United Kingdom, Sweden, New Zealand and several other countries with universal pharmacare programs. This amounts to spending $12 billion more each year and still not having pharmacare. Why? Because the universal pharmacare programs in other countries use their purchasing power to obtain better drug prices for their citizens.  We have not successfully negotiated lower drug prices in our fractured health care system. For example, a year’s supply of atorvastatin, a widely used cholesterol drug, costs about $143 in Canada but only $27 in the United Kingdom and Sweden, and less than $15 in New Zealand.

Finally, universal pharmacare would help Canadian businesses that are increasingly burdened by the rising cost of pharmaceuticals. Currently, Canadian employers waste between $3 billion and $5 billion per year because employment-related private insurance is ill-equipped to manage pharmaceutical costs effectively. Another part of the problem is that the number of prescription drugs costing more than $10,000 per year has grown almost ten-fold in the past decade. Because such costs can quickly render a work-related health plan unsustainable – particularly for small businesses – it is best to manage them at a provincial or federal level.

To make pharmacare a reality for Canada, citizens need to be informed and get involved. If you support the idea of universal, public pharmacare, then you need to let others (particularly elected officials and political candidates) know that you care and that you will support a government that takes action. There is a Parliamentary e-petition circulating right now in the hope of doing just that.

Without a groundswell of public engagement, it is unlikely that the federal government will implement a universal pharmacare program any time soon.

Steve Morgan is a Professor in the School of Population and Public Health at the University of British Columbia and an expert advisor with EvidenceNetwork.ca. @SteveUBC

Also published in the Toronto Star.