Jing-Bao Nie comments on how, in different ways, inadequate social supports for reproduction and parenting, and the prohibition on social egg freezing by single women in China limit women’s reproductive liberty.

A recent article in The New York Times reports that some Chinese women, wishing to postpone motherhood, are traveling to North America to freeze their eggs. While the technology for this procedure is available in China, Chinese regulations currently prohibit unmarried women from accessing this and other assisted reproductive technologies, such as IVF.

In a Western context, some of the ethical issues surrounding ‘social’ egg freezing have been discussed in recent Impact Ethics posts. For example, Angel Petropanagos points out problems with the social biases in favour of pregnancy and motherhood. Lucy Morgan has questions about whether egg freezing is a genuinely autonomous decision or just “an illusory choice.” Both argue that ethical discussions should move beyond individual reproductive autonomy.

As I see it, the fact that single Chinese women who want egg freezing must travel overseas to do so calls attention to a state violation of reproductive liberty as well as inadequate social supports for childbearing and child-raising in China. 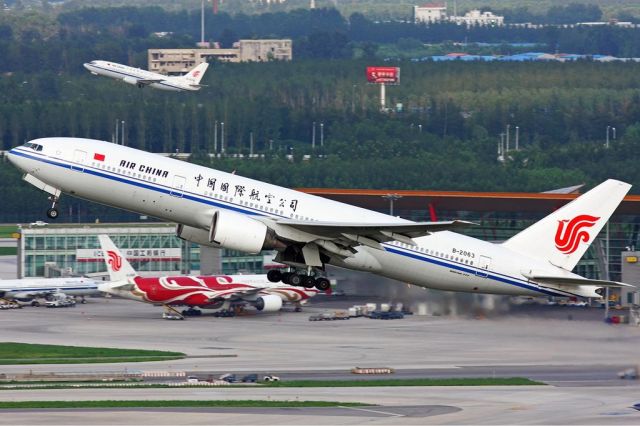 While obvious political and socio-cultural differences exist between China and western countries like Canada, New Zealand, and the United Kingdom, some fundamental ethical issues concerning human reproduction are similar. Most importantly, in both contexts there are underlying issues about women’s reproductive liberty and the lack of sufficient social supports related to reproduction and parenting.

Too often current global debates on women’s reproductive rights are regarded as merely Western ideas. Some people assume that Chinese people, and those in other non-western societies, do not care about reproductive liberty. As a result, they believe that reproductive rights are therefore not applicable in China. This is untrue. For example, when single actress Xu Jinglei’s posted on the Chinese social-media platform Weibo about freezing her eggs in the United States, her post garnered a lot of attention. Her decision not only encouraged other single women to freeze their eggs, but it also prompted public debates. China’s CCTV News, a top conduit of propaganda, rebuked Xu’s choice to freeze her eggs and reiterated China’s official prohibition on social egg freezing for single women. In a Weibo survey, 80% of 83,000 Chinese responded in disagreement with the official line and in support of Xu’s individual choice as her right. Ye Qinmin, a single Chinese woman who chose to travel to Canada to have her eggs frozen, put it straightforwardly – regardless of marital status, “the government shouldn’t have a say about my ovaries.”

Reproductive liberty, however, is merely an empty concept in the absence of community and social supports that make it easier for women to have children. Reproductive liberty, like liberty in general, should not be interpreted in over-individualistic terms. Social context matters for realizing or exercising one’s liberty.

In recent years, divorce rates have been steadily climbing in China. Meanwhile, the number of ‘Double Income No Kids’ (DINK) couples is increasing rapidly and marriage rates are falling sharply. These facts paint a picture of a modernized Chinese society in which people, especially women, have access to better education, more career opportunities, and more individual freedom. However, these facts alone do not explain some women’s reluctance to become mothers or trends in delayed motherhood. The difficulties with raising children in China is an important underlying factor.

Raising children is expensive and increasingly so. According to a 2013 ranking of China’s ten biggest cities, raising a child costs approximately 1.31 million in Changchun (ranked #10) and 2.76 million yuan in Beijing (ranked #1). These amounts are almost equal to the average net income of a dual-income family over a 10-year period.

While remarkable economic growth has greatly relieved poverty and improved living standards for many people in China, the gap between the rich and the poor is rising at an alarming rate. Women in the countryside are particularly vulnerable. For example, a young mother living in a remote village in southwestern China recently killed her four children and committed suicide because of her poverty. Later, her husband, a migrant worker in a city, also killed himself. For most women in China, especially women living in poverty, basic healthcare is a financial struggle. As such, egg-freezing is an illusory reproductive choice – a game of the wealthy that is completely beyond most women’s reach.

To conclude, let me paraphrase philosopher Wittgenstein: the best way to solve an issue is to create a social environment that will make what is problematic disappear. Women’s reproductive liberty should be respected in China as elsewhere. Moreover, significantly more social supports should be available to Chinese women so that they are financially and socially enabled to have one child (or, as the changed population policy allows, two children) without having to postpone childbearing to an unforeseen future through egg freezing.

Tags: China, IVF, Jing-Bao Nie, reproductive autonomy, reproductive tourism, social egg freezing
Re-posting IE blogs: Impact Ethics permits non-commercial redistribution of commentaries, as long as the original commentary is passed along unchanged and in whole, with credit to the author and a link to the original Impact Ethics post. For commercial reprints, please contact the blog manager at impactEthics@mun.ca
← The dirt on ‘clean’ energy: #MakeMuskratRight
Reflections on Egg Donation in Canada →