The Contentious Issue of Surrogacy in Quebec

______________________________________________
Recent reports that radio host Joël Legendre would be the father of twins via surrogate mother spurred debate over surrogacy arrangements and assisted reproduction in Quebec. In response to the news, Quebec Health Minister Gaétan Barrette claimed the problem lies with Quebec’s IVF program and that he would act on the matter following the impending release of the report of the Commissaire à la Santé et au Bien-Être.

On June 6th 2014, the report was published, reviewing Quebec’s program of public funding for assisted reproductive technologies. Quite rightly, the report considered that surrogacy requires focused debate and cannot be addressed properly in a review of the existing IVF program. The report emphasized stakeholder concerns about the inadequacy of the law and the urgent need to address the question of how to regulate surrogacy.

While surrogacy is a medical concern, it is not the public health insurance program’s role to rewrite relevant policy. Surrogacy exists at the intersection of health and law and requires collaboration in the decision-making process, meaning that we should look to the combined efforts of the Minister of Health and the Minister of Justice. 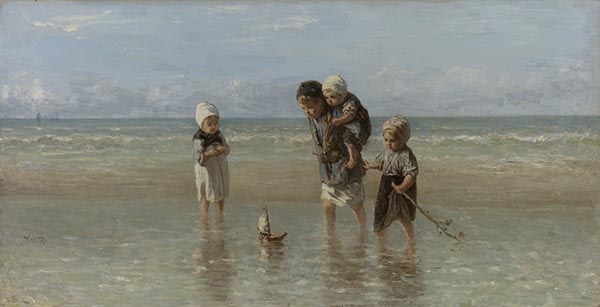 To add to the concerns expressed in the report, the Quebec Court of Appeal released a decision last week, conferring legal weight to surrogacy contracts, which are considered null under Quebec law. The case primarily concerned a couple who asked a friend to carry their child for the second time. In 2009, the surrogate gave birth to a child that the intended mother had no trouble adopting. After the birth of a second child—conceived the same way—the trial judge refused the adoption. This decision was based on the fact that the surrogate had been paid beyond the costs incurred during her pregnancy, which is illegal according to federal law. On appeal, the judge found that that the child could be adopted by the intended mother because it was, in the judges’ opinion, “the least unsatisfactory solution” that serves “the best interests of the child.”

This judgment does not resolve the matter of surrogacy. When legislation was originally passed to render surrogacy contracts null in Quebec, elected representatives wanted to avoid any risk of women being exploited and/or children being commodified. The judgment does not necessarily address these issues, nor does it provide sufficient policy to govern future surrogacy arrangements. We need to reevaluate surrogacy without too quickly excluding the decisions made in the past. It is time we focus conscientiously on establishing clear guidelines so that we can enjoy the incredible advances promised by assisted reproduction in a legal and ethical context, in line with our social values.

Some critics describe a tendency in Quebec to conceive of issues in terms of “sentimentalism and celebrity,” which may catalyze political decision-making and lead to bad policy. Others (including me) would nuance this statement by mentioning that these policy areas are further complicated by the difficulty of legislating and regulating a technical issue in a murky legal context, and in the absence of clear public consensus.

The reform of the Civil Code and the subsequent reorganization of assisted reproductive services to align with said reform are not easy tasks. Such changes take extensive consultation with professional associations and experts, demanding time and political commitment. The forthcoming report of the committee studying family law reform in the province will be a good starting point to engage in the debate about the future of surrogacy in Quebec. But unless the legislators consider the multifaceted nature of surrogacy and stop working at cross-purposes, surrogacy will continue without sufficient, useful regulation.

Stories making headlines in the Canadian context, like Joël Legendre’s, are rather positive when compared with those appearing around the world (such as those occurring in the United States or India). Even if the majority of surrogacy arrangements exist without incident, there is nonetheless a pressing case for a regulatory framework that is able to deal effectively with the serious problems that have arisen in the remaining minority.

Audrey L’Espérance is a postdoctoral fellow in the Department of Political Science at the University of Toronto. @AuLEsp

Tags: Audrey L'Esperance, IVF, Quebec health policy, Surrogacy
Re-posting IE blogs: Impact Ethics permits non-commercial redistribution of commentaries, as long as the original commentary is passed along unchanged and in whole, with credit to the author and a link to the original Impact Ethics post. For commercial reprints, please contact the blog manager at impactEthics@mun.ca