Seeking Accountability From CIHR for its Failed Decision-Making 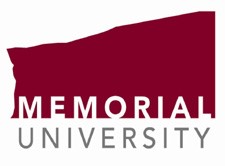 We are writing to draw your attention to a significant problem with ethics at the Canadian Institutes of Health Research (CIHR).

A Task Force on Ethics Reform at CIHR was formed in November 2012. The mandate of the Task Force was “to evaluate whether CIHR currently meets its ethics mandate and whether the current organizational structure is optimal to do so.”  The Task Force issued a final report in Spring 2013 and therein made a series of findings and recommendations.

The findings included the following:

…CIHR has a clear legal obligation to have a strong and substantive ethics programme as an essential part of its broader mandate to improve the health of all Canadians. [emphasis added]

We emphasize again that CIHR’s ethics mandate is derived directly from the CIHR Act. As a result, CIHR is obligated legally to ensure that ethics has a central place within the organization. This is not optional; it is legally required. No one at CIHR has the authority to denigrate the value or place of ethics because the central place of ethics is prescribed by law. A refreshed vision for ethics must reclaim and re-establish the centrality of CIHR’s ethics mandate by recommitting to its obligations outlined by statute through strong leadership. [emphasis added]

In sum, the Task Force’s findings make it clear that CIHR has not been meeting its statutory mandate.

The recommendations included the following:

We have one key recommendation from which all others flow: provide ethics leadership to CIHR. Fulfilling its legislated mandate in ethics requires both a vision for ethics and responsible ethics leadership at every level of the CIHR corporate structure (including GC and the executive leadership) across all Institutes and programs. … “A first (and this is only the first) step is to create a position of Vice President of Ethics (VP Ethics), or a position of equivalent stature, and then hiring a strong individual to fill that role.

In order to properly reflect the prominence of ethics within the CIHR mandate, this person must have earned a standing within the research ethics community that is at least analogous to that of the Institutes’ Scientific Directors. He or she must have the knowledge, skills and experience to elevate the status of ethics to a position within the organization that more fairly reflects the prominence of ethics in the CIHR mandate, and to develop and execute innovative, world-class programming in research ethics and related research policy. The person in this position should be recognized nationally and internationally as a leading scholar and researcher in ethics familiar with interdisciplinary approaches to research in and application of ethics.

The CIHR Governing Council has elected not to create the position of Vice President of Ethics.  Governing Council has instead decided to appoint Dr. Jane Aubin (a bone biologist and geneticist and Chief Scientific Officer/Vice-President, Research and Knowledge Translation at CIHR) as the “Ethics Champion,” and Dr. Paul Garfinkel  (professor of psychiatry at the University of Toronto and member of CIHR Governing Council) as the Chair of the Standing Committee on Ethics.  Neither of these individuals has ethics expertise and neither is “recognized nationally and internationally as a leading scholar and researcher in ethics.”

The members of the Task Force on Ethics Reform have expressed their disappointment with the CIHR Management Response: “To speak plainly, we do not see the plan proposed as a significant advance beyond the current situation at CIHR – one in which ethics has been pushed to [the] periphery.” A similar concern is evident in the letter from the Vice-Chair of the CIHR Standing Committee on Ethics: “I must express my disappointment that the primary recommendation of the Ethics Task Force Report [expert leadership devoted to ethics] has been abandoned.” As well, the CIHR Institute Advisory Board Ethics Designates have registered their concern that the CIHR response to the Task Force report “sends a contradictory message that leading ethics within CIHR does not require relevant knowledge, expertise or experience in spite of CIHR’s commitment to evidence-based medicine.”

The full details and supporting documentation are all available online at
http://noveltechethics.ca/what-we-do/governance-of-research#Ethics.

Given the failure of CIHR Governing Council to respond appropriately to the Task Force on Ethics Reform findings and recommendations and the concerns expressed by its own internal ethics advisors, it is imperative that Parliament make it clear to the CIHR President and Governing Council that the mandate set out for CIHR in the Canadian Institutes of Health Research Act must be met.

We are therefore writing to you who are leaders in Parliament in the areas of health, industry, and science and technology to request that you take whatever steps are necessary to ensure that the President and Chair of the Governing Council of CIHR (Alain Beaudet) is called to appear before the relevant House/Senate Committees to respond to the deficiencies with respect to ethics at CIHR.   You then will be able to ensure that the legislated ethics mandate will indeed be met.  The public interest and trust in health research in Canada depends upon this.

Tags: CIHR, ethics mandate, Reform at the Canadian Institutes of Health Research, Task Force on Ethics
Re-posting IE blogs: Impact Ethics permits non-commercial redistribution of commentaries, as long as the original commentary is passed along unchanged and in whole, with credit to the author and a link to the original Impact Ethics post. For commercial reprints, please contact the blog manager at impactEthics@mun.ca