Leigh Turner continues to call for an independent investigation of research practices at the University of Minnesota and the death of Dan Markingson.

Acutely psychotic and unable to make treatment-related decisions, Markingson was placed under a civil commitment court order. His commitment order was stayed on condition that he follow his doctor’s treatment plan. His treating psychiatrist, Stephen Olson, determined that his “treatment plan” would include enrollment in an AstraZeneca-funded study, the CAFÉ study. Olson’s co-investigator was Charles Schulz, Chair of the University of Minnesota Department of Psychiatry.

Allegations of psychiatric research misconduct related to Markingson’s care include: whether Markingson was coerced into participating in the study; whether he was enrolled as a research subject without being competent to provide informed consent and kept in the study despite repeated pleas by his mother, Mary Weiss, to remove him from the study; whether he had information about medication-related risks withheld from him; and whether his Health Insurance Portability and Accountability Act (HIPAA) rights were violated when his private health information was provided without his permission to the study sponsor. There are also unanswered questions about the scientific design of the CAFÉ study; financial conflicts of interest on the part of Olson and Schulz, the Chair of the Institutional Review Board, and the University of Minnesota; and whether Markingson received professional standard of care from all his health care providers while he was research subject. Markingson’s death in the CAFÉ study is examined in my colleague Carl Elliott’s article, “The Deadly Corruption of Clinical Trials”, the documentary film, Off Label, an investigation by television reporter Jeff Baillon, and numerous news media reports. 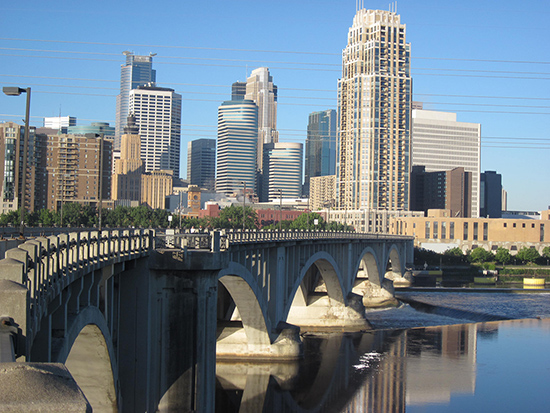 In Fall 2013, 181 professors (including several Canadians) wrote to the University of Minnesota Faculty Senate and asked the Senate to support an investigation of Markingson’s death. After various meetings, several senators drafted a resolution brought before the entire Faculty Senate. By an overwhelming majority, faculty senators approved the “Resolution on the matter of the Markingson case” calling for an “inquiry examining current policies, practices and oversight of clinical research on human subjects at the university.” Unfortunately, the narrow wording in the resolution has enabled senior university administrators to claim that senators passed a resolution calling for nothing more than an examination of current policies and practices (thereby ignoring the title of the resolution with the explicit reference to the Markingson case).  University officials also dismissed the senators’ request that they consult with faculty governance committees before forming an investigative panel. Instead, the University of Minnesota’s President, Eric Kaler, assigned Vice President for Research Brian Herman the job of arranging an inquiry. Herman then issued a “Request for Proposals” on the University’s MBid purchasing services system.

To understand what prospective contractors see when they look at MBid, the University’s purchasing system, I decided to register with the database. Here is a sample list of RFPs on the MBid system:

Among these RFPs for various goods and sevices is the RFP inviting submissions to conduct an “inquiry examining current policies, practices and oversight of clinical research on human subjects at the university.” The RFP states,

The intent of this review is to ensure that the University’s processes for clinical research on human subjects meet or surpass the established best practices and norms and to instill confidence among faculty and the public that the University of Minnesota research is beyond reproach. It is to be forward looking, productive, transparent and independent review of current practice by an external expert panel.

No sensible person would try to initiate a legitimate investigation of possible research misconduct by using a website meant to solicit bids for toilet paper, pesticides, beer, stain removal, and the collection of unpaid medical bills.

This “approach” contrasts markedly with what happens when there is a serious investigation. For example, when Trustees at Penn State University requested an investigation after assistant football coach Jerry Sandusky’s arrest on 40 criminal counts of sex crimes against minors; the related arrests of Gary Schultz (Penn State’s former senior vice president for finance and business) and Timothy Curley, (Penn State’s athletic director), for grand jury perjury and failure to report suspected child abuse; and the dismissal of university president Graham Spanier and head football coach Joe Paterno; they contacted former FBI Director Louis Freeh. His firm prepared an exhaustive investigative report. After the death of Jessie Gelsinger in a gene transfer trial at the University of Pennsylvania, that institution appointed William H. Danforth to chair a review panel composed of “distinguished research scientists with a wealth of academic expertise and relevant experience.” Even the University of Minnesota once demonstrated an ability to conduct credible investigation. In 1999, following reports that a tutor wrote over four hundred course assignments for members of the Men’s basketball team, the University spent eight months and $1.5 million before releasing the results of its investigation.

For nearly a decade the University of Minnesota has refused to conduct a rigorous investigation of the Markingson case. Even now, after the faculty senate voted in favor of an inquiry that would address the Markingson case and the reputational harm caused by the failure to address possibility of research misconduct in addition to examining current practices and policies, senior university administrators refuse to confront allegations of psychiatric research misconduct. For everyone associated with the University of Minnesota and possessing a sense of shame, this latest dodge is mortifying.

University regents and senior administrators have a fiduciary duty to make reasonable inquiries in response to allegations of research misconduct. At the University of Minnesota that duty is being violated. Someone from outside the institution needs to intervene before there are more Dan Markingsons. Perhaps it is too late.

Tags: AstraZeneca, clinical trials, conflict of interest, Dan Markingston, University of Minnesota
Re-posting IE blogs: Impact Ethics permits non-commercial redistribution of commentaries, as long as the original commentary is passed along unchanged and in whole, with credit to the author and a link to the original Impact Ethics post. For commercial reprints, please contact the blog manager at impactEthics@mun.ca

← Health Canada and RU-486: No More Foot-Dragging!
On Silence in the Dan Markingson Case →