The Multiple Meanings of Futility

Françoise Baylis explains several ways in which people who argue for the unilateral withholding and withdrawal of life-sustaining treatment use the term futility.

The first case, Sawatzky v. Riverview Health Centre, was in 1999. This case involved a 79-year-old man with moderate to severe Parkinson’s disease, cerebrovascular accident, chronic aspiration pneumonia and dementia.  The treating physician placed a Do Not Resuscitate order in Mr. Sawatzky’s chart without first obtaining consent from the patient’s wife (his substitute decision-maker) or the Public Trustee.  According to the physicians, continued treatment was futile.

The second case, Yeung v. Capital District Health, was in 2006. This case involved a 45-year-old man with terminal gastric cancer to multiple bony sites.  His wife wanted aggressive treatment in the intensive care unit (ICU) until such time as her husband could receive the services of a practitioner of traditional Chinese medicine.  The physicians involved in Mr. Yeung’s care insisted that the ICU was not an appropriate place for a patient with no place to transition to and for this reason they did not want to admit him to the ICU. According to the physicians, continued treatment was futile.

I had no direct involvement in the case of Cuthbertson v. Rasouli, recently decided by the Supreme Court of Canada. I am struck, however, by the similarities between this case and the prior cases involving Mr. Sawatzky and Mr. Yeung.  The patient at the centre of the current drama, Mr. Rasouli, was not competent to make health care decisions. The physicians and substitute decision-maker (Mr. Rasouli’s wife and litigation guardian) could not agree on a treatment plan. According to the physicians, continued treatment was futile, and their decision to withdraw life support from Mr. Rasouli was a medical decision that did not require consent from Mr. Rasouli’s substitute decision-maker. 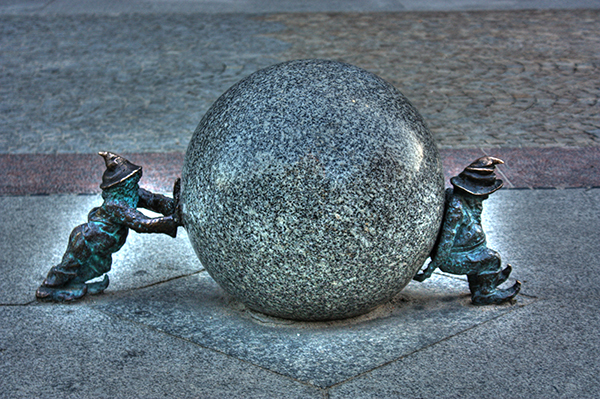 While the Supreme Court of Canada majority decision did not turn on (or even address) the issue of futility, with the considerable media coverage and commentary focused on futility in end-of-life disagreements, it is both important and timely to reflect on the problem of equivocation with the ever-so-slippery concept of futility.

In the will not work category are interventions that will be physiologically ineffective.  An example of this is respiratory failure where mechanical ventilation will not maintain adequate ventilation and oxygenation.  This narrow understanding of futility is as close as possible to a value free “objective” understanding of the concept.  Here, futility is about a life that cannot be saved.

In the not worth doing category of futility are situations where there is disagreement about the goal(s) of treatment and what constitutes success.  For example, the physician might think that success means survival until hospital discharge.  When this is not possible, treatment is futile (meaning not worth doing).  The substitute decision-maker, on the other hand, might think that alleviating total dependence on intensive care counts as success, and it doesn’t matter that hospital discharge is highly unlikely. Does  ‘success’ mean survival, discharge from intensive care, or discharge from the hospital?

Also in the not worth doing category are situations where the physician and substitute decision-maker agree on the goal(s) of treatment and what constitutes success, but disagree on whether the probability of success is sufficiently high to warrant life-sustaining treatment. For example, the physician and substitute decision-maker might agree that the goal of treatment is survival until hospital discharge, but the physician might think the likelihood of this happening is so low that treatment is futile (meaning, not worth doing).   The substitute decision-maker, on the other hand, might think that any chance of success (no matter how small) is a chance worth trying for. What likelihood of success is sufficient for an intervention to be worth doing – 3%, 10%, 25%?

And finally, the not worth doing category of futility also includes situations where the disagreement is not about the high standard for what counts as success, or the low probability of success, but rather is about the quality of life before or after life-sustaining treatment. For example, the physician and substitute decision-maker might agree that the goal of treatment is to alleviate total dependence on intensive care and they might also agree that there is a reasonable probability this could be achieved. But the physician might believe that the patient’s quality of life is (or will be) such that treatment in futile.  The substitute decision-maker might think otherwise.

← Has the Supreme Court of Canada Done a Good Thing in Rasouli?
The Decreasing Funding of Scientific Research in Canada →