The Supreme Court’s (5-2) decision in Rasouli is a clear victory for the family. Sadly, it is a loss for common sense and common humanity. It is also a blow against physician integrity and potentially damaging to the Canadian health care system.

Good ethics requires good facts. The salient facts in Rasouli are these. Hassan Rasouli has been unconscious and on life support since October 2010. He is in a near-vegetative state, with no realistic prospect for recovery. Although his body will inevitably deteriorate further, he can be kept alive, almost indefinitely, in a hospital Intensive Care Unit [ICU]: he needs a tube down his throat so that he can breathe, a catheter in his bladder, large central tubes for fluids and medications, frequent surgical removal of infected skin tissue to prevent gangrenous infections, suctioning of his lungs to remove fluids which would choke him, and so on.

These procedures are collectively distressing. For example, to suction fluid from the lungs requires something akin to inserting a hot poker down one’s throat. When there is no compensating benefit, critical care doctors are wont to describe the treatment as “torture”. Indeed, when there is no prospect of recovery and when quality of life is zero or negative, life-support ceases to count as “treatment”. 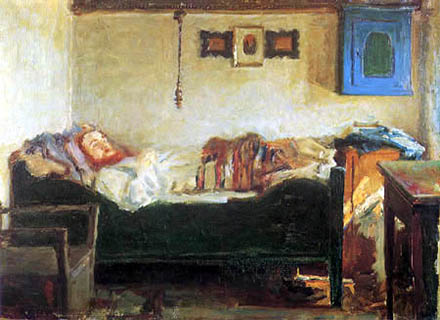 Mr. Rasouli’s physicians propose that he should be given palliative care instead of life support. Continued ICU treatment is not merely “futile”; it is actively harmful. It can keep him alive, of course, but life is not an absolute value. Physician ethics does not permit procedures which on balance are harmful to the patient.

Ms. Parichehr Rasouli insists that her husband, as a devout Muslim, would want to be kept alive, even in these circumstances. She is his substitute decision maker (SDM) and she refuses to consent to his discharge from the ICU.

What the SCC has ruled is that life support can be discontinued only with the consent of the patient or the SDM. Physicians who disagree, in Ontario, can appeal to the Consent and Capacity Board. This sounds reasonable, but the mandate of the CCB gives it no jurisdiction to make such decisions. The alternative would be: physicians decide, based on professional standards, but the family can appeal to the courts. Despite the ruling of the SCC, the wording of the Ontario Health Care Consent Act does not allow the family to dictate treatment which doctors see as futile or harmful.

Care in an ICU costs almost a million dollars a year per patient. Understandably, the number of ICU beds is limited and admission is strictly controlled.

The SCC should have asked: What is an ICU for? The purpose of critical care is to save the life of the patient until the patient can recover to be discharged. The ICU is not intended for patients who can never recover. At present, critical care doctors err on the side of admission. If they later discover that continued life support is futile, then the patient is discharged and receives palliative care instead.

The intellectual incoherence at the heart of the SCC’s decision is that even they would not dictate who should be admitted to the ICU. Doctors, not the patient or family, establish the criteria of admission. What is the morally significant difference between withholding life support and withdrawing it? There is none. Unfortunately, if the court imposes this distinction then critical care doctors will likely become more conservative in their admission decisions. That cannot be a good thing.

One person’s provision is another person’s deprivation. To waste scarce health care resources is unethical. To require that physicians violate their code of ethics by doing harm to their patients will lead some physicians to resign their positions, as happened recently in Winnipeg, when three ICU doctors resigned rather than obey a temporary court injunction to “treat” a near-vegetative patient, Mr. Samuel Golobchuk.

Cases such as those of Hassan Rasouli and Samuel Golobchuk are comparatively rare. Usually, with sympathetic discussion and dialogue, a consensus can be reached. But in those cases where agreement is impossible to achieve physicians are entitled to exercise their professional judgement. If the family disagrees they can appeal to the courts.

Arthur Schafer is the director of the Centre for Professional and Applied Ethics at the University of Manitoba.

Also published at the Globe and Mail online.