The hypocrisy of bullying away obesity

Recently there has been a lot of discussion about Daniel Callahan’s argument in favour of using social derision as part of a protocol for reducing the levels of obesity in the United States.

Callahan’s article, published in the January/February issue of the Hastings Centre Report, has attracted some heat, to the point where the journal’s editor found it necessary at that time to publicly defend his decision to publish the article. And, in the latest issue of the Hastings Centre Report, an additional six published responses to Callahan’s article appeared. 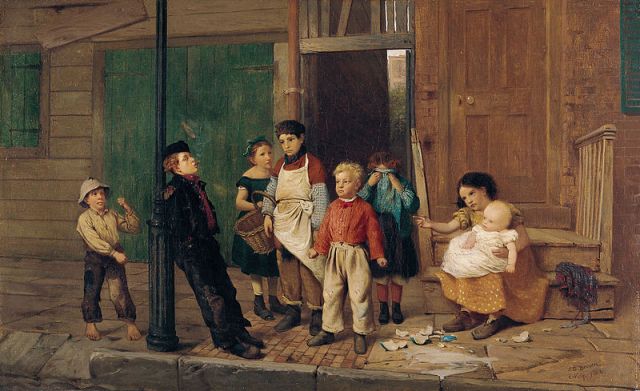 According to recent data from Statistics Canada, one third (1.6 million) of young Canadians aged 5-17 are overweight or obese, resulting from increasingly sedentary lifestyles, in tandem with the consumption of poor quality, fatty foods (among other factors). On this data alone, Canada appears to be facing a similar problem to the one identified by Callahan (and others) regarding the United States.

While Callahan may be correct to urge that parents need to take responsibility for the central role they play in determining the health status of their children, it is less clear whether he is correct to argue that public shaming (social stigma or pressure), presumably from a group of people that includes parents to those children, ought to be part of the answer to the problem of obesity.

A first problem with this aspect of Callahan’s argument is that it is an empirical issue, and the data currently available are not conclusive. Thus, it is an open issue whether social pressure will work in the case of obesity, especially in the long term, even if it did work to some extent with reducing smoking levels. (NB: 17% of Canadians continue to smoke cigarettes). In this vein, a recent study in B.C. found that while ‘public shaming has long been considered a way to curb bad behaviour and problems such as alcoholism and smoking, shame may actually increase people’s likelihood to relapse’. Moreover, the general public’s attitude towards anti-obesity campaigns that resort to stigmatization has largely been negative.

Even if we assume that this method could be effective, there may be reason to be wary of pursuing this initiative, especially if the social pressure does not also target those that are developing and distributing the sorts of food and entertainment that are at the foundation of obesity and the sedentary life.

A second, more important, problem with Callahan’s proposal has to do with the way it may conflict with our fight against other unacceptable behaviours. For example, schoolyard bullying—in its various forms, including physical and emotional bullying, and cyberbullying—has become a prominent social issue in Canada, and affects the lives of thousands of young Canadians. As with obesity, it demands sustained attention and remediation, since bullying is pervasive, and being bullied can have significant negative impacts on that person’s life.

If we adopt social stigma as part of our method for combating obesity in Canada, we do so at the cost of being hypocritical, as we cannot eliminate both problems (obesity and bullying) if we use bullying as a part of our treatment plan for curbing obesity. Young Canadians that are overweight or obese, who are characteristically susceptible to the negative effects of being bullied, would be pressured into believing that their lifestyle is unacceptable (which may be the case), but in a manner that we are fighting hard to eliminate from the lives of all young Canadians.

Even if social stigma or public shaming is not exactly the same as bullying, we will need to have an air-tight explanation ready for our children when they ask why it is okay to ‘bully away obesity’, but not okay to apply this method for other purposes. Moreover, we will need to have the resources to be able to help our (obese) children if and when such public shaming harms them, (e.g.) by leading them to believe that they are ‘lazy, self-indulgent, undisciplined, awkward, unattractive, weak-willed and sloppy, insecure and shapeless’ (Callahan 2013).

Talking to our children about the unacceptability of bullying, urging them to speak to their friends, parents and teachers about the issue, and teaching them how to be accepting of others, slips into hypocrisy if we also sanction the public shaming of people that are obese. While the goal of lowering obesity rates in Canadian youth may be laudable, the means suggested by Callahan are hypocritical when applied in the current Canadian context.

← Bioethics Has Not Done More Harm Than Good
Kudos to Quebec: A Comprehensive, Consistent, and Coherent Approach to End-of-Life Care →