Lupron: Déjà Vu All Over Again

Pediatric endocrinology, I’m talking to you.

Susan Cohen and Christine Cosgrove have done a fine job tracking the history of using estrogen to prevent tallness in girls, so I won’t review it here. But their work is inevitably brought to mind because of a report published last week in California Healthline by Christina Jewett.

Jewett relays mounting health concerns among women who were given the drug Lupron as girls to stop or slow down puberty. Some were treated as children specifically to try to get them to grow taller. Lupron may increase a child’s ultimate height by lengthening the span of years in which the long bones are growing. 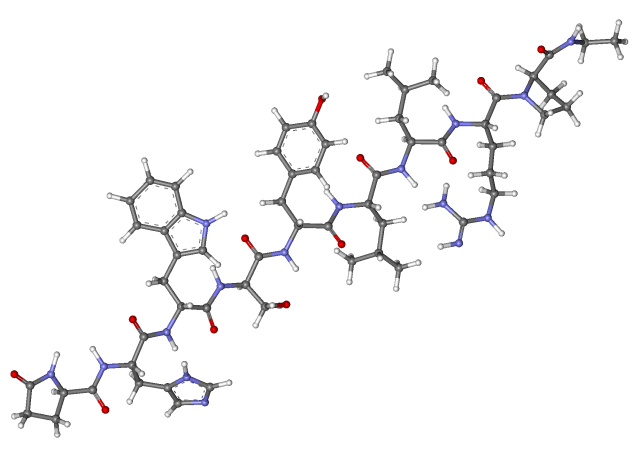 The U.S. Food and Drug Administration (FDA) has approved Lupron (leuprolide), a hormone-blocking agent, for the treatment of precocious puberty, endometriosis, and advanced prostate cancer. Last week, Denise Grady reported in the New York Times new oncology research which suggests it can prolong the lives of some men with prostate cancer.

But in all these uses, the drug is known sometimes to cause serious side effects. As one oncologist quoted in Grady’s article put it, the side effects are serious enough, “you’d better have some decent justification” to use it.

In 2014, Lynne Millican’s Impact Ethics article revealed the shockingly inadequate tracking of the harms caused by Lupron in the treatment of endometriosis and infertility. Now we learn from Jewett:

In 1999, the FDA examined 6,000 adverse-event reports about Lupron filed by doctors, patients, and researchers. Although the FDA couldn’t locate its 1999 report on the matter[!], a court document that summarized the findings of the report said it found “high prevalence rates for serious side effects” including depression, joint pain and weakness, and noted similar effects in men and women with very different ailments[.]

What’s particularly disturbing, then, given that Lupron is believed to carry significant risks, is how badly pediatric endocrinology has tracked its usage of this drug. Many—very possibly most—pediatric uses of it have occurred via academic medical centers, yet we have surprisingly little solid prospective data on the long-term benefits and harms.

A 2009 specialist review of the use of gonadotropin-release hormone analogs like Lupron for precocious puberty and for making children taller found “few controlled prospective studies have been performed… and many conclusions rely in part on collective expert opinion.” It now appears increasingly likely that serious bone problems can arise from this use for some pediatric patients—serious enough to cause life-long problems.

Troublingly, though the goal is often to provide treated girls with better psychosocial outcomes—an admirable goal—it is very difficult to find studies of the psychological benefits and harms of this treatment. As with so much of pediatric endocrinology’s management of height, Lupron’s use is grounded on the assumptions that being very short is a very serious problem and that landing in the ‘normal’ height range will result in better psychosocial outcomes. Pediatric psychologist David Sandberg of the University of Michigan has been steadily questioning these assumptions, but his smart criticisms have gone largely unheeded.

Some of the girls treated with Lupron for height extension have had underlying intersex conditions. Pediatric endocrinology is the field that has been in the lead of ‘normalizing’ intersex children. Again, this stems from a non-evidence-based assumption that physiologically-benign intersex variations create such a high stigma risk that ‘corrective’ surgeries are required in infancy, before a child has any hope of consenting to surgeries that permanently alter their sex. As bioethicists well know, in some cases these surgeries lead to lifelong medical problems.

Pediatric endocrinology is also the field that has used the steroid dexamethasone to try to prevent intersex development in thousands of fetuses at risk for a particular genetic condition. Dexamethasone has been used because it is known to cross the placental barrier and change fetal development. Yet this off-label use has happened without any animal modeling of this indication, any placebo control trials, or even any observer-blinded trials, and only one small long-term prospective trial. That trial has now shown cognitive harm in the children exposed, including in the 88% of prenatally-exposed children who turned out never to have had the condition targeted.

Lupron has also been used for years by pediatric endocrinologists to halt puberty in children who may be transgender. Only now is a study of that use finally underway.

This historian of medicine is left wondering just how much history it takes to change the future.

Alice Dreger is a historian of medicine and science, a sex researcher, a mainstream writer, and an (im)patient advocate. @AliceDreger