Jacquelyn Shaw contests a number of claims made by Sarah Chapple in her recent critique of the CBC The Fifth Estate documentary Dead Enough.

As Ms. Chapple indicates, organ donation is a wonderful, generous act. Yet this emotional context should not blind us to all else. Organ donation is best encouraged by providing accurate information and by ensuring effective legal protection for the safety of prospective donors. Although well-intentioned, Ms. Chapple’s commentary contains numerous inaccuracies, as well as outdated and confusing information.

She writes: “Although miraculous recoveries can occur, these are extremely infrequent.” Unfortunately, there is no way to know how frequent or infrequent such “recoveries” are. If and when death misdiagnoses occur, their discovery is unlikely, being masked by life-support withdrawal or organ harvesting which may occur shortly after ‘death’ has been declared. These acts create a self-fulfilling prophecy – removing oxygen or vital organs renders the individuals dead, if they were not before. So Ms Chapple’s “extremely infrequent” miraculous recoveries are better characterized as extremely infrequent discoveries of death misdiagnoses—we have no way of knowing what percentage of the iceberg these discoveries represent. 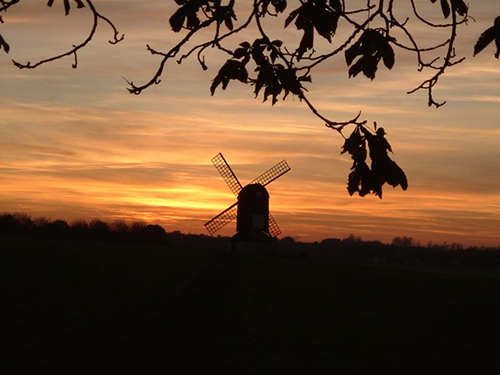 “There is a nation-wide criterion for the testing, determination and diagnosis of brain death in Canada that was published by the Canadian Congress of Neurological Sciences in 1986.” The 1986 guidelines Ms. Chapple cites stipulate that brain death can only be declared if the entire brain—both the cortex and the brainstem—is destroyed. The guidelines for the determination of brain death have since been updated, however, by the former Canadian Council for Donation and Transplantation (CCDT) ‘Severe Brain Death to the Neurological Determination of Death’ (2003) and ‘Brain Blood Flow in the Neurological Determination of Death’ (2006). These documents redefine death as brainstem death. That is, an individual may be declared dead when the brainstem is destroyed, while the cortex—responsible for reasoning, personality, sensation etc.—may be perfectly functional. In its shift to brainstem death, the CCDT departed sharply from four decades of Canadian and general worldwide practice, while it also removed a number of long-standing safeguards used in brain death assessment such as wait periods for barbiturate clearance or between sequential tests. The older guidelines Ms Chapple cites reflect the pre-CCDT picture where brain death can be declared only if the entire brain—both cortex and brainstem—is destroyed. Thus, her source above contradicts her later brain death definition.

“A national, multidisciplinary, year-long discussion occurred in Canada in 2005 to address the ethical issues associated with organ donation after cardiac death.” Indeed, a discussion of donation after cardiocirculatory death (DCD) was undertaken in Canada in 2005 by the CCDT. At that time, one member of the Council, Dr Christopher Doig, resigned over ethical concerns with the new recommendations (published in 2006). Inexplicably, in support of the claim about a national discussion of DCD, Ms Chapple does not link to the CCDT’s recommendations on DCD, but instead attaches an article by Dr Allister Browne. Browne was not part of the formal national discussion aimed at addressing and resolving ethical concerns with DCD, and in his article he shows grave concern regarding the CCDT’s treatment ofissues related to the use of DCD criteria. He concludes: “From an ethical viewpoint, the CCDT’s recommendations for DCD are highly problematic with regard to defining death and obtaining consent. Centres planning to set up DCD programs that will satisfy ethical requirements will thus have to modify the CCDT’s recommendations.” Ms. Chapple makes no mention of this conclusion.

“There is, however, some room for improvement…, as half the respondents also felt confused about brain death and may have felt rushed into making decisions.” Contrary to Ms. Chapple’s intimation, the negative reports of half of the respondents who felt confused or rushed into a premature decision is no minor lapse, signalling only “room for improvement”! Patient autonomy and informed consent are the legal bedrock required for medical procedures to occur in Canada. Without informed consent, legally, a battery has been inflicted. Confusion and rushed decision-making suggests a very serious deviation from informed consent requirements.

“Organ donation can help [families] to cope with their grief over a sudden loss.” Perhaps this statement is true, but to encourage more donors, we need a different, more open and informative approach to communicating about death and organ donation – one that ensures valid informed consent. Moreover, encouraging donor selflessness is justifiable only if the prospective donor can be assured that his or her interests are being effectively protected by the law—through rules about donor safety, to which there is scrupulous adherence in all cases. From my perspective, the CCDT brain death guidelines are not safe in the sense that elements of those guidelines (like allowing testing with barbiturates in the system, or not retesting after a sufficient wait period) have the potential to declare people dead when they may just have reversible conditions.

At present, periodic “miraculous recoveries” are red flags that should draw our attention to the fact that these two conditions (safe rules for the determination of death and scrupulous adherence to these rules)are not always being met (though it is unclear how often this is the case). At minimum, better training, oversight, and the implementation of safe guidelines are imperative, if we are serious about improving Canada’s organ donation rate.

Jacquelyn Shaw is a researcher/writer and NTE alumna with graduate training in both law and medical science.

Tags: brain death, cardiac death, organ donation
Re-posting IE blogs: Impact Ethics permits non-commercial redistribution of commentaries, as long as the original commentary is passed along unchanged and in whole, with credit to the author and a link to the original Impact Ethics post. For commercial reprints, please contact the blog manager at impactEthics@mun.ca

← How Dead is ‘Dead Enough’, Asks the CBC
CIHR’s Decision on “Ethics”: Yet Another Canadian Story →