The Logical Slippery Slope is Neither Slippery Nor Logical

The current precedent upholding the Criminal Code prohibitions on assisted suicide and voluntary euthanasia was set by Rodriguez v. British Columbia (Attorney General) in the 1993 Supreme Court of Canada 5-4 decision. Now, the Supreme Court of Canada has agreed to hear an appeal of the British Columbia Court of Appeal ruling in Carter v. Canada (Attorney General) – a case that challenges the same Criminal Code prohibitions. With a new mix on the bench and shifting social attitudes towards assisted suicide and voluntary euthanasia, a change in precedent is a possibility. 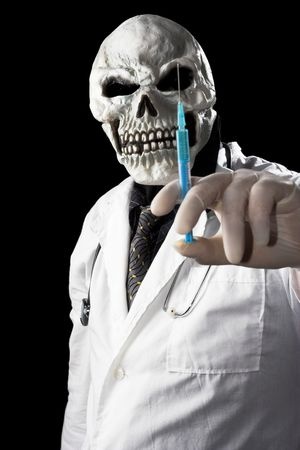 Keown argues that if physicians think that in some circumstances assisted death is “beneficent” for a competent patient that requests it, then presumably it is also beneficent for a similarly suffering non-competent patient.  Since physicians have a general duty to act in the best interest of their patients, once physicians determine that certain kinds of suffering are worse than death, they would have an ethical obligation to euthanize patients whose suffering reached that threshold, even if those patients made no such prior request and were unable to consent This ethical obligation, according to Keown, exists regardless of any legal prohibitions against non-voluntary euthanasia, because law does not determine the content of one’s ethical obligations.

There are many reasons to reject this argument.

To begin, Keown ignores the principle of respect for patient autonomy which, in a Western context, typically takes precedence over the principle of beneficence. In Canada, legitimate substitute decision-makers (and not physicians) are the ones who make medical decisions on behalf of non-competent patients; and, when they do so, they are bound to act in accordance with the patient’s prior competent wishes and values.  Only when the patient’s prior wishes and values are unknown and unknowable is the substitute-decision-maker to act in the best interest of the patient. The legalization of physician-assisted suicide or voluntary euthanasia would not de facto change this legal and ethical requirement.  To be precise on this point, legalizing physician-assisted suicide and voluntary euthanasia would not empower the physician to unilaterally euthanize non-competent patients on the grounds of beneficence.

If, for the sake of argument, however, we grant Keown’s emphasis on beneficence , there is still reason to reject his claim that physician-assisted suicide and voluntary euthanasia are a slippery slope to non-voluntary euthanasia.  First, it can be argued that determining what is in the best interest of a patient requires careful consideration of the patient’s values insofar as a patient has an interest in having her values respected. It follows that for a physician to determine that euthanasia is in the best interest of a non-competent patient, the physician would have to take into consideration the patient’s prior values. Consider, for instance, the non-competent patient who while competent so valued life that she endured immense suffering in her efforts to postpone death.  Non-voluntary euthanasia might not be in her best interest insofar as it fails to respect her values.

Secondly, if we accept Keown’s position that the content of the duty of beneficence is independent of legal prohibitions, then it is unclear why permitting physician-assisted suicide would create new or stronger conceptual reasons for euthanizing non-competent patients.  For Keown, the law plays no role in determining whether non-voluntary euthanasia is beneficent for a particular patient.  It therefore seems that legalizing physician-assisted suicide could have no conceptual impact on what beneficence requires for a particular patient. Keown’s worry might be something like, if physicians get used to providing assisted suicide, then they will be more likely to see non-voluntary euthanasia as a moral obligation for non-competent patients.  This may be true, but this is at best an example of the psychological, not the logical, slippery slope.

Reuven Brandt is a PhD Student at Western University.

Tags: assisted suicide, Carter case, medically assisted dying
Re-posting IE blogs: Impact Ethics permits non-commercial redistribution of commentaries, as long as the original commentary is passed along unchanged and in whole, with credit to the author and a link to the original Impact Ethics post. For commercial reprints, please contact the blog manager at impactEthics@mun.ca