Being and Becoming Compromised: Conflicts of Interest in Bioethics

Nicholas G. Evans makes the distinction between being partial and being compromised.

What is it that makes a conflict of interest more problematic than mere partiality? The answer, Rob MacDougall wants to argue, is “nothing.” Accepting money to argue on behalf of the pharmaceutical industry is no different than protecting the vulnerable; it doesn’t matter to which group you are partial, or why. In fact, claims MacDougall, the bioethicist who advocates on behalf of the pharmaceutical industry is doing something good:

Even if it were the case that we should generally advocate on behalf of the poor or downtrodden, as many hold, it is always possible that bioethicists could go too far in this respect, and could neglect the legitimate needs of the many citizens that work in industry and the families they support, or even the large number of patients whose lives are improved by the pharmaceutical industry. It is not inconceivable that these might someday need “bioethicist” representatives as well.

Yet taking money from, and publishing on behalf of, the pharmaceutical industry is seen as a profound conflict of interest and a dereliction of a bioethicist’s professional role. It isn’t at all on par with, say, advocating on behalf of those who suffer through the worst abuses of the medical system. If that’s the case, we should look closer into what constitutes partiality towards a cause, and what presents a conflict of interest.

Now, it would be lazy to assume that all forms of partiality are the same. As a matter of belief, I am partial to my own arguments by virtue of them being mine. Yet we don’t accuse people—even bioethicists—of a conflict of interest simply for having an opinion. 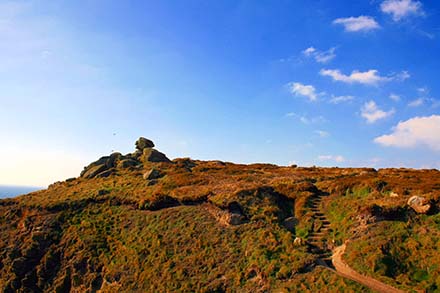 That is, unless that opinion is compromised by, say, a financial incentive. The crux of the conflict of interest is that in some cases secondary interests threaten to undermine our primary reasons for action. Worse still, our public reasons for action may not track the things that really motivate us. Conflicts of interest are pernicious because they threaten to pervert our reasons; to provide a partiality that is more than just because we are passionate, want to achieve some modicum of truth, or simply believe in what we say.

That’s where the bottom falls out of MacDougall’s argument. When you accept money from a party that has an interest in you being partial to one set of beliefs, but you purport to be engaging in thoroughgoing scholarship, you may compromise the latter in the service of the former. Bioethicists working for pharmaceutical companies are a hazard, because they risk being compromised, not because they are partial.

This is obviously a matter of degree, because one can be more or less partial, and more or less compromised. Differences of degree, however, should not distract us from clear cases. Industry-funded bioethics is just that clear case: as Alice Dreger has argued recently, it can and does hurt people by undermining foundational protections for subjects of medical research. A lack of a bright line marking the difference between what is merely partial, and what is compromised, doesn’t mean we can’t tell one from the other.

Of course, MacDougall could have argued that conflicts of interest emerge regardless of where one’s dispositions point—serving on the board of directors for a development NGO while writing about the ethics of development aid presents a conflict on interest even if one’s intentions are noble. There are surely other cases of subtle conflicts of interest that are worthy of examination. There is good work to be done sorting through the grey, rather than trying to convince people that black and white are the same.

Examining other potential manifestations of conflicts of interest would also fit into a better reading of what to do in a field that is not yet settled in its role, as MacDougall wants to claim of bioethics. Rather than eschew the factors that undermine bioethics, we should spend a lot more time accounting for the ways we as bioethicists can be undermined. Bioethics was born of a need to take stock of the ethics of medicine and medical research in times of uncertainty; more debate about what bioethics should or should not be is important.

Even in that continuing debate, it still seems uncontroversial that bioethicists representing pharmaceutical companies have more than a mere chance of being compromised. Pharma has more money, resources, and experience than most in getting what they want. That’s why differences in degree can’t be ignored.

I doubt anyone disagrees that it is “uncontroversially part of the bioethicist’s role to carefully examine and interact with the whole range of viewpoints and perspectives.” It is also likely that most would agree that different bioethicists are partial towards different positions, values, and ideas. But that in no way entails that anything goes in how bioethicists should work, with whom, and for what. Unlike Rob MacDougall, we should be wary of receiving cash for comment.

Nicholas G. Evans is an applied philosopher living in Canberra, Australia, whose research focuses on bio-, business, and military ethics.

Tags: conflict of interest, industry funding, medical research ethics, pharmaceutical funding
Re-posting IE blogs: Impact Ethics permits non-commercial redistribution of commentaries, as long as the original commentary is passed along unchanged and in whole, with credit to the author and a link to the original Impact Ethics post. For commercial reprints, please contact the blog manager at impactEthics@mun.ca

← Corruption in a Bioethics Free-For-All
Stand Up For Science →