Human genome editing: We should all have a say

Françoise Baylis stresses that decisions about the modification of the human germline should not be made without broad societal consultation.

Shoukhrat Mitalipov, a reproductive biologist at Oregon Health and Science University, is nothing if not a pioneer. In 2007, his team published proof-of-principle research in primates showing it was possible to derive stem cells from cloned primate embryos. In 2013, his team was the first to create human embryonic stem cells by cloning. Now, in 2017, his team has reported safely and effectively modifying human embryos with the MYBPC3 mutation (which causes myocardial disease) using the gene editing technique CRISPR.

Mitalipov’s team is not the first to genetically modify human embryos. This was first accomplished in 2015 by a group of Chinese scientists led by Junjiu Huang. Mitalipov’s team, however, may be the first to demonstrate basic safety and efficacy using the CRISPR technique.

This has serious implications for the ethics debate on human germline modification which involves inserting, deleting or replacing the DNA of human sperm, eggs or embryos to change the genes of future children. 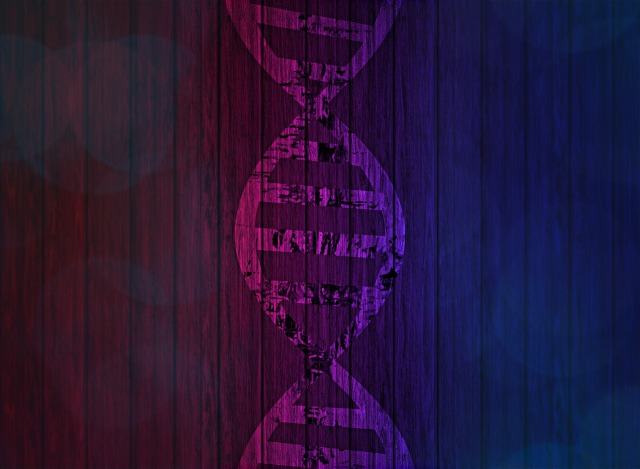 Those who support human embryo research will argue that Mitalipov’s research to alter human embryos is ethically acceptable because the embryos were not allowed to develop beyond 14 days (the widely accepted international limit on human embryo research) and because the modified embryos were not used to initiate a pregnancy. They will also point to the future potential benefit of correcting defective genes that cause inherited disease.

This research is ethically controversial, however, because it is a clear step on the path to making heritable modifications – genetic changes that can be passed down through subsequent generations.

Internationally, UNESCO has called for a ban on human germline gene editing. And the “Convention for the Protection of Human Rights and Dignity of the Human Being with regard to the Application of Biology and Medicine” – the Oviedo Convention – specifies that “an intervention seeking to modify the human genome may only be undertaken for preventive, diagnostic or therapeutic purposes and only if its aim is not to introduce any modification in the genome of any descendants.”

In a move away from the positions taken by UNESCO and included in the Oviedo Convention, in 2015 the 12-person Organizing Committee of the first International Summit on Human Gene Editing (of which I was a member) issued a statement endorsing basic and preclinical gene editing research involving human embryos.

The statement further stipulated, however, that: “It would be irresponsible to proceed with any clinical use of germline editing unless and until (i) the relevant safety and efficacy issues have been resolved, based on appropriate understanding and balancing of risks, potential benefits, and alternatives, and (ii) there is broad societal consensus about the appropriateness of the proposed application.”

Mitalipov’s research aims to address the first condition about safety and efficacy. But what of the second condition which effectively recognizes that the human genome belongs to all of us and that it is not for scientists or other elites to decree what should or should not happen to it?

Since the 2015 statement was issued, many individuals and groups have tried to set aside the recommendation calling for a broad societal consensus.

For example, in February 2017, the U.S. National Academy of Sciences and National Academy of Medicine published a report endorsing germline modification. It states unequivocally that “clinical trials using heritable germline genome editing should be permitted” provided the research is only for compelling reasons and under strict oversight limiting uses of the technology to specified criteria.

In Canada, it is illegal to modify human germ cells. Altering “the genome of a cell of a human being or in vitro embryo such that the alteration is capable of being transmitted to descendants” is among the activities prohibited in the 2004 Assisted Human Reproduction Act.

Worried that “Canadian researchers may fall behind on the international scene” and that “restrictive research policies may lead to medical tourism,” the Canadian Institutes for Health Research (with input from the Canadian Stem Cell Network) has begun to plant the seeds of change.

In its Human Germline Gene Editing report, CIHR hints at the benefits of changing the legislation. It also suggests professional self-regulation and research funding guidelines could replace the current federal statutory prohibition.

With Mitalipov’s technological advances and increasing suggestions from researchers that heritable modifications to human embryos be permitted, it is essential that citizens be given opportunities to think through the ethical issues and to work towards broad societal consensus.

We are talking about nothing less than the future of the human species. No decisions about the modification of the germline should be made without broad societal consultation.

Nothing about us without us!

This commentary was originally published on The Conversation.

Tags: CRISPR, embryos for research, Francoise Baylis, Gene editing, germline modification, myocardial disease
Re-posting IE blogs: Impact Ethics permits non-commercial redistribution of commentaries, as long as the original commentary is passed along unchanged and in whole, with credit to the author and a link to the original Impact Ethics post. For commercial reprints, please contact the blog manager at impactEthics@mun.ca
← In a Nutshell II: Ontario Court Decision & MAiD
The Opioid Epidemic is an Epidemic of Stigma →