Vida Panitch argues that the Quebec government should pay for IVF for those with biological or social infertility, but only for those who can’t afford it.

When provincial funding of IVF was introduced in Quebec in 2010, the government cited cost-effectiveness as the reason. Public funding promised to cut down the cost of treating complications associated with multiple births (which are likely to occur when patients have multiple embryos transferred at once to avoid the expense of future cycles). Now, in 2014, as legislators in Quebec announce plans to repeal provincial funding of IVF, the government again cites cost-effectiveness. This is because the program has far exceeded its expected budget – coming in closer to $70 million a year than the projected $36 million a year.

The possible cancellation of the IVF program – and its replacement with tax credits for infertile couples only – raises an important question about who should foot the bill for childbearing: society or the individual. Quebec’s Minister of Health called the existing IVF program an “open bar” on a “non-essential service.” Here, he echoes the former President of the Ontario Medical Association who recommended, back in the 1990’s, that his province de-insure IVF claiming that the system had allowed “frills to creep in.” 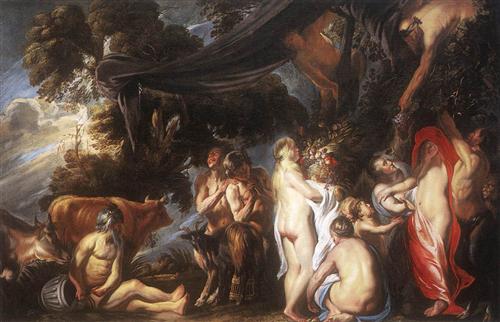 But when it comes to health services, what is a frill and what isn’t? The traditional test in Canada is that of ‘medical necessity.’ This concept is notoriously difficult to define in the case of infertility, however, because infertility has both a biological and a social component. The medical necessity test tells us that blocked fallopian tubes is a medical condition that requires treatment, whereas men or women in homosexual relationships, and women who are forced to put childbearing on hold due to the demands of a male-oriented workplace, are simply making expensive choices. Their need for IVF is just “a frill” that tax-payers shouldn’t have to cover.

But is medical necessity the only test we should use? In Canada what we have is a system of publicly-funded health insurance that allows all citizens to risk pool together against unpredictable costs. To be clear, we have health insurance because we don’t know when we will get sick or hurt, or how expensive it will be to treat our particular disease or injury. And, our health insurance is publicly-funded because of classic market failures in private schemes that weed out undesirable candidates through a costly process that defeats the very purpose of risk pooling.

The kinds of medical conditions that can be justified for coverage on a public health insurance model are not only ones that qualify as matters of medical necessity, but also ones that are unpredictable in nature or cost. Infertility, whether biological or social, is unpredictable in an important sense, and therefore just the kind of thing it makes sense to insure against. Sure, our risk of infertility goes up as we age, and due to so-called lifestyle choices. But our risk of heart disease also goes up as we age, and because of lifestyle choices. And just as it would be foolish not to insure against heart disease — as we have no idea how much it will cost to treat — so too it would be foolish not to insure against infertility.

Think, for a moment, about public health insurance from the perspective of genuine uncertainty. If none of us knew what our biological capacities would be, who we would love, or what careers we would have, but we did know that most people valued the bearing and raising of children, wouldn’t it be prudent to insure ourselves against both biological and social infertility? If our answer to this question is ‘yes’, then this can ground public funding of IVF.

Of course, it might be wise to limit public funding for infertility, as compared to other health conditions. The government could impose cost-saving restrictions based, for example, on the age at which IVF proves statistically ineffective, or on the number of IVF cycles provided annually. But it could also restrict access on the basis of ability to pay. The real unpredictability is not (or not only) that we may be biologically or socially infertile, but that the incomes our skills happen to earn us may not be enough to cover the costs of IVF should we happen to need it. What this means is that public funding should be restricted not on the basis of medical necessity, but on the basis of low income.

Although legislators in Quebec are right to reconsider their IVF funding policy in light of sky rocketing costs, it doesn’t follow that the best alternative to universal coverage is complete de-insurance. Sure, de-insurance is one way to correct the unfairness of funding IVF for the biologically infertile but not the socially infertile. However, de-insurance is an unfair strategy insofar as IVF would then become a privilege of the wealthy infertile over the poor infertile. The solution I propose is a means-tested system of public funding whereby IVF is provided in cases of both biological and social infertility, but only for those who can’t afford it.

Vida Panitch is an Assistant Professor of Philosophy at Carleton University.

Tags: infertility, publicly-funded IVF, Quebec health policy, Vida Panitch
Re-posting IE blogs: Impact Ethics permits non-commercial redistribution of commentaries, as long as the original commentary is passed along unchanged and in whole, with credit to the author and a link to the original Impact Ethics post. For commercial reprints, please contact the blog manager at impactEthics@mun.ca