A Response to Richard Dawkins on Down Syndrome

Chris Kaposy argues that Richard Dawkins is wrong about what it is like to live with Down syndrome.

The famous Oxford scientist Richard Dawkins recently declared on twitter that it “would be immoral” to bring a baby with Down syndrome into the world if one has the option of selective abortion. His advice: “Abort it and try again”. Dawkins then explained that he “OBVIOUSLY wouldn’t TELL a woman what to do” (emphasis in original).

Later on his website, Dawkins clarified that he fully supports a woman’s right to choose whether to selectively abort for Down syndrome, but that his own choice would be to abort. He wrote, “Given a free choice of having an early abortion or deliberately bringing a Down child into the world, I think the moral and sensible choice would be to abort”. He called this “an apology”. 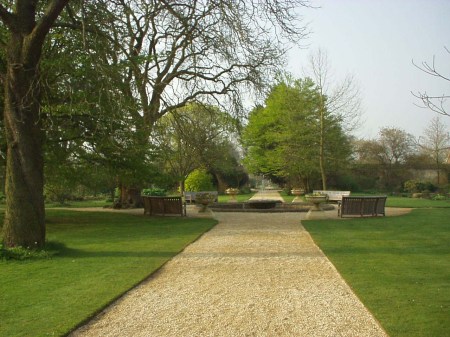 Dawkins suggests that his recommendation of aborting fetuses with Down syndrome is based “on a desire to increase the sum of happiness and reduce suffering”. Further, he claims that giving birth to a child with Down syndrome “might actually be immoral from the point of view of the child’s own welfare”.

Dawkins’ position on this issue is confusing, but not uncommon. On the one hand, he wants to say that reproductive choices ought to be respected. On the other hand, he wants to say that one particular reproductive choice – namely, choosing to give birth to a child with Down syndrome – is immoral. He doesn’t want to force anyone to have an abortion, but he reserves the right to criticize some choices as immoral.

Does the birth of a child with Down syndrome constitute a reduction in the “sum of happiness” or an increase in suffering? There is no evidence to support Dawkins’ claims. Through extensive surveys of people with Down syndrome, researcher Brian Skotko and his team have shown that around 99% of people with this condition are happy with their lives.

Is Down syndrome such a horrible condition that “from the point of view of the child’s own welfare” it is better that the child not even be born? There is something incoherent about Dawkins’ position because nonexistence cannot be beneficial (or detrimental).

This is actually a familiar argument in bioethics. The authors of From Chance to Choice – Allen Buchanan, Dan Brock, Norman Daniels and Daniel Wikler – as well as philosophers Julian Savulescu and Guy Kahane, all defend the position that there is a moral obligation for pregnant women to selectively abort when given a prenatal diagnosis of a disability like Down syndrome and to try again for a nondisabled child. These arguments typically involve a claim that children without disabilities can be expected to have higher well-being than children with disabilities. Along with this claim comes the idea that prospective parents have a moral obligation to choose the child with greater expected well-being.

However, the research by Skotko suggests that nondisabled people and people living with Down syndrome have at least comparable levels of well-being.

The authors of From Chance to Choice explain away these empirical results by arguing that well-being is not best measured by subjective ratings or surveys. A person’s quality of life may be objectively low even though they rate it highly. But they barely even bother to offer arguments in support of this position. In one argument, Dan Brock argues that someone who can hear has a richer life than someone who is deaf. This view simply ignores protestations from the deaf community to the contrary.

For scientists like Dawkins and philosophers like Buchanan and company, it seems obvious that being more intelligent means that one has greater well-being. No argument is needed. So, it is an easy assumption for an Oxford scientist that a baby without an intellectual disability will grow up to be happier than a baby with Down syndrome. But this assumption does not draw on any credible empirical research. Instead, it is a symptom of intellectual bias and a lack of imagination.

Chris Kaposy is an Assistant Professor of Health Care Ethics in the Division of Community Health and Humanities at Memorial University. @ChrisKaposy

Tags: abortion, bioethics, Chris Kaposy, Down Syndrome, Richard Dawkins
Re-posting IE blogs: Impact Ethics permits non-commercial redistribution of commentaries, as long as the original commentary is passed along unchanged and in whole, with credit to the author and a link to the original Impact Ethics post. For commercial reprints, please contact the blog manager at impactEthics@mun.ca

← The ALS Ice Bucket Challenge: Doing Good, Even if for the Wrong Reason
Which Lives are you “Pro”? →