Funding One IVF Treatment Is Not The Answer To Infertility

Alana Cattapan argues that newly announced funding for one cycle of IVF in Ontario is not the best way to reduce multiple birth rates or to increase access to assisted reproductive technologies. (This post first appeared in the Toronto Star).

____________________________________________
The announcement last week that the Government of Ontario will provide new funding for in vitro fertilization (IVF) was met with praise from advocates of Ontarians seeking infertility treatment. The expanded funding will cover one cycle of IVF, and will be tied to the transfer of one embryo at a time to reduce the number of high-risk multiple births in the province.

Touted as a way to provide assistance to an increasing number of women seeking infertility care, the goal of the funding is to increase “affordability and access while protecting the health and safety of patients and their babies.” And while helping Ontarians build their families and improving health outcomes are incredibly important goals, shifting a small amount of the burden for funding IVF is not the best way to achieve them. 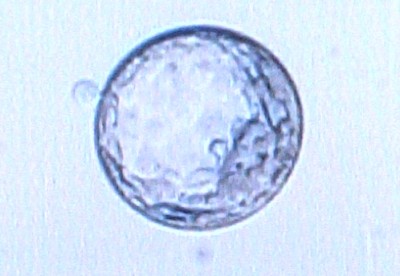 IVF requires a woman to take a rigorous course of hormones to simulate egg production, and then to have her eggs surgically extracted from her body. Those eggs are then fertilized with sperm and incubated—creating embryos. More embryos may be created than are needed, and women (or women and their partners) choose how many embryos to put back into the uterus to try to achieve pregnancy. Many people choose to transfer just one embryo (single-embryo transfer), but other times several embryos are transferred in the belief that this may increase the chance of pregnancy. But this possible benefit comes at a price. Transferring more than one embryo will increase the chance of multiple births, most often twins or triplets.

Multiple births are associated with negative health outcomes, such as reduced birth weight and prematurity resulting in longer hospital stays and more babies in neonatal intensive care units (NICUs). The Government of Ontario’s decision to fund IVF rests heavily on this evidence about negative and costly outcomes. The Government will fund IVF on condition that it involve single-embryo transfer, because doing so will decrease in the number of multiple births and thereby reduce costs to the health care system.

Though the attempt to reduce multiple births is laudable, with improvement of clinical care it should not be necessary. Linking funding to single embryo transfer relies on the assumption that without conditions, physicians would implant too many embryos, resulting in a province full of octomoms and crowded NICUs. It neglects the fact that in recent years there has been a move among fertility specialists toward single-embryo transfer, and that regardless of funding, physicians should be trying to achieve the best outcomes for their patients. As bioethicist Françoise Baylis has argued, “you can’t turn around and say to the government ‘the only way for me to practice good medicine is for you to fund it.’”

Apart from reducing multiple births, the Government of Ontario’s has also suggested that increasing funding for IVF will improve “affordability and access” to infertility care. And while it will provide a little bit of financial support to those needing IVF, the limited funding announced will not go very far. It will cover just one cycle of IVF, and none of the associated medications, tests, and administrative fees.

Two out of three women will have to undergo more than one cycle in order to achieve pregnancy, if they do so at all. According to the Canadian Assisted Reproductive Technologies Register, the live birth rate per cycle in 2012 (the most recent data available) was less than thirty percent. Though this is an average (success is dependent on a number of factors, including women’s age, health conditions, etc.), if only one IVF cycle is funded, it is likely that many women will find themselves without a child when their funding runs out. This means that Ontarians will be paying thousands of dollars out-of-pocket or relying on private insurance plans in order to receive treatment. In a context where fertility clinics set their own prices, there is limited regulation, and no transparency about the real costs of treatments, Ontarians might be better served by an inquiry into the costs of IVF (and profits) of the fertility industry in Canada, rather than using tax dollars to subsidize high-priced privately provided treatments.

With a cash-strapped medical system where eldercare, homecare, and pharmacare are grossly underfunded, it might be worthwhile to pursue other, less costly options. By promoting the use of single-embryo transfer regardless of the source of funding, and further, increasing transparency about the high-cost of privately provided fertility treatments in Canada, “affordability,” “access,” and “the health and safety of patients and their babies” might better be achieved.

Alana Cattapan is a PhD Candidate in Political Science at York University and a research associate at Novel Tech Ethics at Dalhousie University. @arcattapan

Tags: in vitro fertiliziation, publicly-funded IVF
Re-posting IE blogs: Impact Ethics permits non-commercial redistribution of commentaries, as long as the original commentary is passed along unchanged and in whole, with credit to the author and a link to the original Impact Ethics post. For commercial reprints, please contact the blog manager at impactEthics@mun.ca