Pediatric endocrinologist Maria New, now at Mount Sinai School of Medicine in New York, is an internationally-recognized specialist in congenital adrenal hyperplasia, a genetic condition that can cause female fetuses to develop intersex (in-between male and female) genitals. For over a decade, Dr. New has encouraged pregnant women at risk of having a child with congenital adrenal hyperplasia to take the steroid dexamethasone starting as early as 3 weeks of pregnancy to try to prevent intersex development.

Dr. New has consistently described this extremely controversial off-label (i.e., not government-approved) use as safe and effective. In truth, there has never been a placebo-controlled trial of this use, and the only long-term prospective trial ever conducted resulted in so many “severe” adverse events that, in 2010, that study’s research team (a Swedish group) went to their ethics board to say they were halting the use altogether.

Dr. New’s aggressive “safe and effective” promotion of this fetal intervention—an intervention designed to cross the placenta and change fetal development—would be shocking enough. But we were shaken in late 2009 when we discovered that, even while she was direct-to-consumer advertising the intervention as having been “found safe for mother and child,” she was taking NIH grant money to study retrospectively whether it was safe and effective. 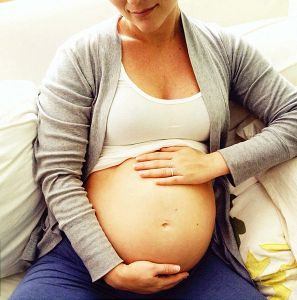 In February of 2010, we along with thirty colleagues in bioethics and allied fields sent letters of concern to the U.S. Food and Drug Administration (FDA) and Office for Human Research Protections (OHRP) asking them to investigate the actions of Dr. New. At the FDA, the investigation was assigned to Robert “Skip” Nelson, a pediatric ethicist. Documents obtained through a Freedom of Information request suggest that Nelson proposed to OHRP that he handle the main part of the prenatal dexamethasone investigation for that agency as well. Ultimately the OHRP findings relied largely on a memo provided to them by Nelson as an FDA official.

While the federal investigation was ongoing, in May of 2010 the American Journal of Bioethics (AJOB) circulated a manuscript (in advance of publication, inviting open peer commentaries) attacking our letters of concern, saying they represented an instance of “unethical transgressive bioethics.”

At the time, we were not aware of conflicts of interest in the federal investigation or the AJOB article, because none were disclosed. Here is what we now know, including from material obtained just this week through the Freedom of Information Act:

First, neither the original AJOB manuscript (May 2010) nor the final published article (September 2010) included a conflict of interest statement from the authors. The lead author, Larry McCullough, failed to disclose that he held paid positions with the two medical schools implicated in the investigation (Mount Sinai and Cornell). The second author, Frank Chervenak, failed specifically to disclose that he was (and still is) Chair of Obstetrics and head of the Maternal-Fetal Medicine unit at the medical school where New “treated” over 600 pregnancies with prenatal dex. Chervenak also failed to disclose that he served as “key personnel” on New’s NIH grant.

Responses to our Freedom of Information requests show that Larry McCullough gave the AJOB original manuscript to the federal investigators at OHRP prior to publication, in an attempt to undermine the claims in our complaints. No conflict of interest disclosures were attached to the manuscript. This suggests that OHRP personnel would have seen the McCullough and Chervenak criticisms of our request for an investigation, but would not have known of the authors’ conflicts of interest.

Second, it appears that Nelson did not disclose to his FDA or OHRP colleagues that he was a member of the editorial board of AJOB – the journal in which the criticisms were published. One might feel less concerned about this particular undisclosed conflict were it not for the fact that, like the AJOB target article, Nelson’s official FDA findings on prenatal dex misrepresented key facts, including whether the FDA had previously reviewed New’s use of this steroid on first-trimester fetuses.

Third, this week we have obtained additional material through our Freedom of Information request showing that Nelson was, in fact, developing an even deeper relationship with AJOB while he was conducting the prenatal dex investigation. At the very time Nelson was investigating our complaints, he was also negotiating to become editor-in-chief of a new AJOB journal, AJOB Primary Research (since renamed AJOB Empirical Bioethics).

A May 2010 email conversation between Nelson and others at the FDA shows that Nelson was to be compensated by AJOB not only with the editor-in-chief title, but also with $10,000 per year, for editorial assistance. In the email conversation about the new position with AJOB, Nelson never disclosed that the journal was being used to aggressively (dare we say “transgressively”?) undermine complaints he was investigating.

Curiously, Nelson’s FDA memo and the associated OHRP findings on prenatal dex were released on virtually the same day in September 2010 that AJOB published the McCullough and Chervenak “target article” and responses to it. The timing of this “coincidence” was openly celebrated by Glenn McGee, then editor-in-chief of AJOB: “With the release of the September issue of the Journal, both the FDA and OHRP have released letters responding to the complaints that are the subject of the Target Article…”

What might once have been thought fortuitous timing must now be examined through the lens of conflicts of interest, as we now know that, by September 2010, Nelson was working in titled and compensated positions for both the FDA and AJOB.

Fourth, in December 2010, AJOB published a “vindication” by Dr. New that consisted mostly of a long quote from Nelson’s FDA response to our letter. Consistent with the established pattern of non-disclosure, nowhere in conjunction with New’s “vindication” does one find disclosure of Nelson’s dual role as FDA investigator and key member of the AJOB editorial team.

We have repeatedly appealed to the editorial board of AJOB to add disclosures to all the dex-related publications. That has gotten us nowhere, except to force disclosure of who is on the AJOB conflict-of-interest committee. The committee includes Larry McCullough, specifically representing AJOB Empirical Bioethics, the journal given to Skip Nelson.

Tags: AJOB, conflict of interest, dex, dexamethasone, FDA, intersex, Maria New, Robert Skip Nelson
Re-posting IE blogs: Impact Ethics permits non-commercial redistribution of commentaries, as long as the original commentary is passed along unchanged and in whole, with credit to the author and a link to the original Impact Ethics post. For commercial reprints, please contact the blog manager at impactEthics@mun.ca

Leave a Reply to Weekend reads: How to rescue science, what “censorship” really means, worst paper of the year? | Retraction Watch Cancel reply

← Strange Equations: Fraud, Harm and Sexual Agency
Funding One IVF Treatment Is Not The Answer To Infertility →