Jocelyn Downie responds to Arthur Schafer on the Rasouli decision.

In a recent commentary on the Impact Ethics blog (originally published in the Globe and Mail), Professor Arthur Schafer makes a number of problematic statements about the Supreme Court of Canada decision in Cuthbertson v. Rasouli. His comments are in italics below. My responses follow.

These procedures [being done to Hassan Rasouli] are collectively distressing. For example, to suction fluid from the lungs requires something akin to inserting a hot poker down one’s throat. When there is no compensating benefit, critical care doctors are wont to describe the treatment as “torture”. Indeed, when there is no prospect of recovery and when quality of life is zero or negative, life-support ceases to count as “treatment”.

First, while Schafer believes there to be no “compensating benefit” with the procedures that are being done to Mr. Rasouli, his family disagrees. They believe that the value of continued life compensates for the negative side-effects of the treatment (and would, no doubt, deny the characterization of these side-effects as like “a hot poker down one’s throat” and “torture”). Second, Schafer’s definition of “treatment” as excluding life-support “when there is no prospect of recovery and when quality of life is zero or negative” is nowhere to be found in the Ontario Health Care Consent Act (nor could the definition in the Act be interpreted in the way he suggests using any established principles of statutory interpretation).

What the SCC [Supreme Court of Canada] has ruled is that life support can be discontinued only with the consent of the patient or the SDM [substitute decision-maker]. Physicians who disagree, in Ontario, can appeal to the Consent and Capacity Board. This sounds reasonable, but the mandate of the CCB [Consent and Capacity Board] gives it no jurisdiction to make such decisions.

This is simply untrue – under s.37 of the Health Care Consent Act, the Consent and Capacity Board clearly has the jurisdiction to make such decisions.

The alternative would be: physicians decide, based on professional standards, but the family can appeal to the courts. 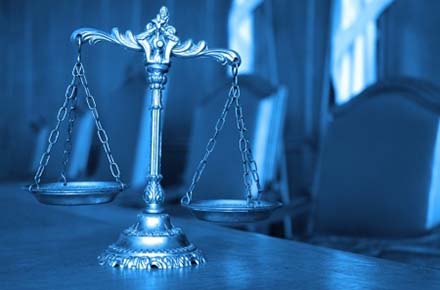 The Supreme Court considered this “alternative” and, among other things, noted “[i]t may heighten the vulnerability of incapable patients, since the legal burden will be on family or friends to initiate court proceedings to prevent the withdrawal of life support, rather than on physicians to obtain consent before acting. The implications of this shift are particularly troubling where the incapable patient lacks a network of family and friends with the financial resources to fund legal action, which could entail a trial on the medical standard of care.” There is an important concern about access to justice that distinguishes the approach taken by the Supreme Court from the approach advocated by Schafer.

Despite the ruling of the SCC [Supreme Court of Canada], the wording of the Ontario Health Care Consent Act does not allow the family to dictate treatment which doctors see as futile or harmful.

Care in an ICU costs almost a million dollars a year per patient. Understandably, the number of ICU beds is limited and admission is strictly controlled.

The SCC should have asked: What is an ICU for? The purpose of critical care is to save the life of the patient until the patient can recover to be discharged. The ICU is not intended for patients who can never recover.

First, the Supreme Court can only address that which is before it and as stated by the Court “the parties did not address resource implications… in this appeal.” It would be irresponsible for the courts to rule in the absence of evidence and argument. Second, many (including critical care physicians) would disagree with the statement about the purpose of critical care and ICUs. Sometimes, for example, physicians will want to keep patients in an ICU even when it becomes apparent that survival is unlikely (or even impossible), if the ICU is the place able to give them the best possible (or least bad) death.

Cases such as those of Hassan Rasouli and Samuel Golobchuk are comparatively rare. Usually, with sympathetic discussion and dialogue, a consensus can be reached. But in those cases where agreement is impossible to achieve physicians are entitled to exercise their professional judgement. If the family disagrees they can appeal to the courts.

The Ontario legislature considered situations such as that of Hassan Rasouli and Samuel Golubchuk and established a process whereby conflicting opinions about what should be done were to be resolved by the Consent and Capacity Board rather than the courts. It did so through the democratic process. Schafer seeks to substitute his view on what the law should be, for the legislature’s view of what the law should be and the Supreme Court’s view of what that law requires. His commentary might serve as an argument against the Health Care and Consent Act but it is not a valid critique of the Supreme Court decision in Rasouli.

Schafer characterized the Rasouli decision as “a loss for common sense and common humanity.” In contrast, I would characterize the decision as a good first step toward reducing uncertainty, conflict, and distress for those who care for, and about, the critically ill in Canada.

Jocelyn Downie is a Professor of Law and Medicine at Dalhousie University, Halifax, Canada

← Right-To-Die Ruling: Win for Families, Loss for Common Decency
Rasouli and the Elephant in the Room →